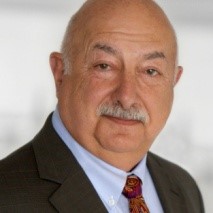 Attorney Frederick G. Attea has dedicated his career to the ethical treatment of employees and allowed his Jesuit beliefs to guide him in all areas of his life. In 2008, he joined the Governance Committee of the Board of Trustees of a Jesuit Middle School.  He utilized his wide sphere of influence in the community to bring friends and funders together in support. He has also gotten personally involved with the students and purchased equipment for the school’s two campuses.

Mr. Attea also serves on the Board of Directors of Read to Succeed Buffalo, a non-profit organization dedicated to increasing early childhood literacy and third grade reading scores. He is a member of the Bishop’s Lay Advisory Board for the Catholic Diocese of Buffalo and a member of committees serving Catholic education. 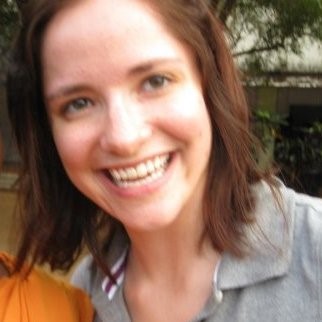 Megan Brenner-Zwara is Recruitment Coordinator at the Service Collaborative of Western New York working on Americorps Build lives through Education (ABLE) program. MilieShe served as a Jesuit Volunteer in Sacramento, California, working as a teacher's assistant and music teacher at a small Catholic elementary school.  She spent a second year in service with Americorps VISTA as a member of the Serve New York program in Buffalo, NY, specifically at EPIC- Every Person Influences Children as the Families in Transition Military Program Assistant. Her project was to research and create partnerships with local agencies that work with military families and veterans in Western New York. 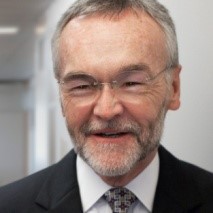 Robert Greene visited Haiti for the first time as part of a medical team with the Catholic Health System of Western New York and the Sisters of Mercy in 2001.  Since that time, he has traveled to Haiti over 20 times, volunteering in a variety of capacities.  When the devastating earthquake struck Haiti in 2010, he became involved in fundraising for an orphanage for young girls on the outskirts of Port-au-Prince.  Now completed, the orphanage is home for 240 girls with on‑campus primary and secondary education.  The grounds include a large vegetable garden, pond for fish as well as a bakery to supply much of the orphanage’s food.  Solar panels power the complex.

Mr. Greene is the current director and former president of the Notre Dame Law Association, Director and Chairman Emeritus of the Western New York Public Broadcasting Association, Director of the Global Health Ministry (Trinity Health), and a Trustee of the WNED Foundation and the Foundation of the Zoological Society of Buffalo.  He served four terms on the Board of Trustees of Canisius College, two terms as Chair.

A native of Buffalo’s east side, Sr. Johnice Rzadkiewicz, CSSF, is the founder and executive director of the Response to Love Center in Buffalo, NY. Since 1985, the center’s goal has been  “to encourage, lead, educate, and empower” the poor and marginalized in the Buffalo community.  Its pertinent ministries include a GED program, courses in English as a Second Language, training in computers, programs to help veterans reenter the job market through the AMVETS Career Center, a summer program to help youth avoid poverty and live healthy lives, a meal program (which serves over 24,000 meals per year), a clothing drive, and a food pantry. Sr. Johnice’s Sister’s Care Center helps the poor monitor and plan for their health care.

Beyond her center, Sr. Johnice conducts student retreats and directs people in a version of St. Ignatius of Loyola’s Spiritual Exercises in daily life. She has used her gifts outside of Buffalo by assisting as a chaplain and counselor at Ground Zero after 9/11 and working in Haiti after the earthquake in 2010.