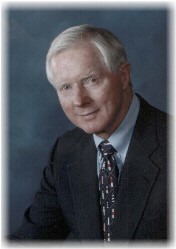 Ray Carey has dedicated his life to the study and promotion of “democratic capitalism,” a form of capitalism that puts the needs of workers ahead of simply financial gains. Ray credits his Jesuit education and strong community upbringing with forming the foundation for his interest in a human-centered capitalism. Even before attending himself, Ray Carey benefitted from the influence of Holy Cross as his father, the salutatorian of the class of 1920, shared the examination of Jesuit philosophy.

Ray compiled his 33 years of management experience, including 18 years as the president, chairman, and CEO of ADT, Inc.  At General Dynamics, Ray was part of the team that built the first atomic submarine. As president of the Electro Dynamic Division, he inherited a company old and unprofitable and tried to democratize the company culture by inviting the top UAW officials to join him in examining the Scanlon Plan at MIT.When Carey became president of ADT, he invited ADT employees to join “care and share,” a way for workers to become capitalists by investing up to 8 % of their pay. By the late eighties, workers owned 11% of the company.Ray is the founder of The Carey Center for Democratic Capitalism, which has provided over 4 dozen scholarships to university students interested in the area of democratic capitalism. Those selected received $1,000 and during their college years and the opportunity to be mentored by Ray, discussing economic alternatives. 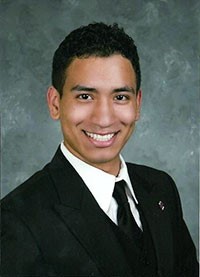 Jose Juarez completed his bachelor’s degree in physics and mathematics at College of the Holy Cross. Mr. Juarez volunteers as a paramedic for Operation Safety Net, providing medical services to homeless in Pittsburgh. He is also a coordinator and medical translator for SALUD Clinic, a free clinic helping the Spanish-speaking community of Pittsburgh. Mr. Juarez is a 2015 recipient of the American Medical Association Minority Scholars award.  The Minority Scholars Award program not only encourages diversity in medicine and alleviates debt, but also rewards commitment to the elimination of healthcare disparities, outstanding academic achievements, leadership activities and community involvement. 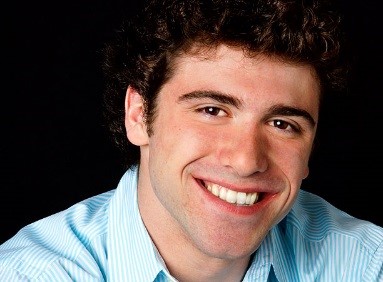 Jeff Reppucci is the co-founder and president of Students Helping Children Across Borders, Inc., a non-profit started along with other Holy Cross students to bring recreation and wellness opportunities/education to underdeveloped communities abroad. Projects totaling close to $500,000 have been executed in 7 countries: USA, Uganda, Haiti, Honduras, Tanzania Russia, and Argentina. He is also co-founder and executive director of the Working for Worcester project, a student-inspired and student-run community project that brings together students and community resources to build better recreation infrastructure across the city. In three annual service days the project has invested hundreds-of-thousands of dollars and mobilized over 2,500 volunteers to make infrastructural improvements, including playgrounds, dance studios, Little League fields, community gardens, and schoolyard courts. After graduating from Holy Cross, as class valedictorian, Jeff worked at the non-profits Save the Children in Washington, DC and at United Way of Central Massachusetts before departing for Northern Argentina, where he is currently studying and doing community engagement work on a Fulbright Grant. 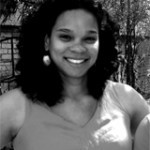 Kellie Terry-Sepulveda discovered a passion for social justice and community organizing at a young age. Ms. Terry-Sepulveda joined the Take Charge Be Somebody youth group at just 11 years old, where she learned the foundation of civic engagement from experienced advocates, including her parents and youth leaders in the community. After graduating from Holy Cross, she taught eighth grade English for Teach for America.

Ms. Terry-Sepulveda returned to the Bronx as the Youth Program Coordinator at The POINT CDC, a non-profit organization focused on youth development and economic revitalization of the Hunts Point neighborhood, where over half of the population lives below the poverty line. Today, Ms. Terry-Sepulveda is the Executive Director of The POINT CDC, overseeing program development, fundraising, environmental justice campaigns and community development projects. She completed an Executive Leadership Development course at Columbia University’s Institute for Non-Profit Management and is currently a candidate for a Masters Degree in Regional and Urban Planning at Pratt Institute. Kellie is also active on several boards, including The New York City Environmental Justice Alliance, The Bronx River Alliance and The Norcross Foundation.  She is a proud mother of two sons, Ali and Naim Sepulveda. 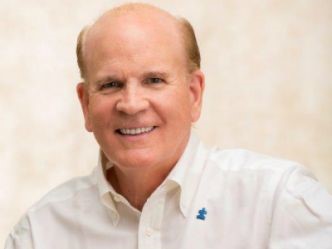 Bob Wright served as Vice Chairman and Executive Officer of the General Electric Company and also Chairman and Chief Executive Officer of NBC Universal.  Bob Wright has a strong history of philanthropy and community service, for which he has received numerous awards and accolades. One of his most significant accomplishments is the establishment of Autism Speaks with his wife, Suzanne.  Bob and Suzanne founded Autism Speaks in 2005 after their grandson was diagnosed with autism, and in ten years it has grown into the world’s leading autism science and advocacy organization.

Under the Wrights’ leadership, Autism Speaks has raised and invested more than $550 million in science and medical research, advocacy, awareness and family service programs.  In addition, Autism Speaks has helped secure autism insurance coverage in 42 states and $3 billion in federal funding for autism research.  The organization has forged partnerships in more than 70 countries on five continents to foster international research, services and awareness.  In the United States, Autism Speaks is credited with raising autism awareness by nearly 50 percent among parents of young children.  And each year Walk Now for Autism Speaks events are held in nearly 100 cities across North America.  Working with member countries, the Wrights helped establish the UN-sanctioned World Autism Awareness Day.  In 2015, more than 18,000 buildings, landmarks and monuments on all seven continents illuminated the sky blue as part of Autism Speaks’ annual Light It Up Blue campaign on World Autism Awareness Day.  The Wrights have also begun worldwide outreach to the faithful following the first ever Vatican Conference on Autism in November 2014, where they gave remarks, and then met and were inspired by Pope Francis. Bob Wright is a graduate of the College of the Holy Cross and of the Law School of University of Virginia.