Mary Jo Veverka found career success in both the private and public sectors. She retired in 2003 after a highly successful career with over 20 years of management consulting experience, initially with Booz, Allen & Hamilton where she was elected partner in 1985, and later as a partner with Accenture. She formed the global pharmaceutical and medical products practice while at Booz, Allen. This led to her recruitment to serve for over four years as Senior Advisor/Deputy Commissioner with the Food and Drug Administration. During her time with the FDA, Ms. Veverka was instrumental in implementing new revenue sources to address serious underfunding in the drug review process and in successfully bringing the Agency into the 20th Century “information age.”

In 2003, Ms. Veverka founded the Veverka Family Foundation, stepping up her engagement with the non-profit sector. Through her foundation, she is fostering philanthropy among the 24 next generation family members. She also has served on and continues to serve on several non-profit boards.  Ms. Veverka is an avid hiker, bicyclist, kayaker and photographer. She has a deep love for our National Parks, and is about to complete a ten-year journey to explore each of the 59 parks, including examining the roles of philanthropy and stewardship in support of the parks. 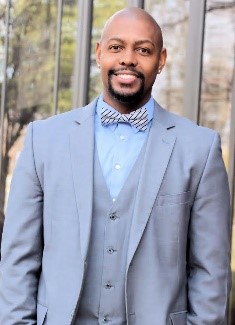 Charles Thomas, Jr., EdD, has committed himself to service and philanthropic efforts. Dr. Thomas is Chairman of the Board for OAR Fairfax - a non-profit restorative justice/human services organization; Treasurer of the Board for Leadership Fairfax - a non-profit leadership development organization; and a member of the Leadership Committee for the Future Fund - a philanthropic giving circle of more than 150 young professionals. Charles is also a Wish Granter and Wish Ambassador for the Make-A-Wish Foundation. Charles serves as an Adjunct Professor of Organizational Behavior and Leadership Theory and Practice, and teaches Life Skills classes to men who are currently incarcerated and preparing for re-entry into society. Charles was selected as the 2015 Emerging Influential Leader of the Year in Northern Virginia and a 2015 40 Under 40 Honoree by the Network Journal. He is frequently asked to speak to audiences on a variety of topics that aim to educate, inspire, and motivate individuals to strive for excellence.

Beth Katz’s passion for social justice and interfaith relations was apparent while she was at Creighton, where she co-founded an interfaith student group that included representatives of twelve world religions, as well as helped start a Jewish student group. She also worked with the College of Arts and Sciences curriculum committee to provide opportunities for undergraduate students to receive broader exposure to cultural and spiritual diversity in the core curriculum and for education majors seeking to receive training on working with diverse students.

After graduating, Ms. Katz founded Project Interfaith in 2005 to bring about a deeper understanding and respect for religious and cultural diversity. It focused on using the arts, digital media, and educational programs to explore religious and cultural identity, beliefs, and practices. An online interactive video project called RavelUnravel has offered people an opportunity to describe their own spiritual identity and confront misconceptions about this aspect of their identity. Interfaith also facilitated engaged multi-faith study circles, youth service programs, and community building projects, as well as provided resources for professionals who serve religiously and culturally diverse populations.

Ms. Katz presents on issues of religious and cultural diversity and inclusion to a variety of national and international institutions.  In 2011, she was an Ariane de Rothschild Fellow for Social Entrepreneurship. Since leaving Project Interfaith in 2014, Ms. Katz advises and consults with organizations and businesses on how to make institutions and communities more inclusive of religious and cultural diversity. She also is an adjunct professor at the Heider Business School at Creighton University.