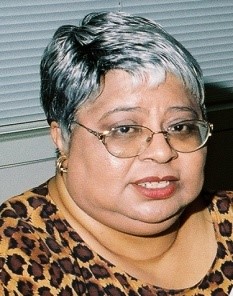 Connie Hardy Atkins served as the Executive Director of the Consortium of African American Organizations (CAAO) from 2001 to 2011 and is currently the Executive Director Emeritus. In her role, she was responsible for implementing the mission of the organization, a collaboration of 10 black professional organizations in Northeast Ohio. CAAO acts as a conduit and collaborative point of reference for entrepreneurial development, professional development, and leadership development for those organizations and their members. As Executive Director, Ms. Hardy Atkins helped to develop and coach an average of 300 to 400 individuals and businesses per year. Ms. Hardy Atkins led two trade missions to South Africa and served on a bi-national Commission as an advisor to Secretary of Commerce Daley and Vice President Gore on a $2.6 billion economic development budget. She also participated in developing the first Trade Initiative Framework Agreement between the U.S. and South Africa since the end of apartheid. Today, Ms. Hardy Atkins is the Project Leader of CAAO’s BESTT, an individual donor program of CAAO.  Ms. Hardy Atkins and her husband, William Holdipp, Jr., remain active in many community endeavours; and she is a principal of Reesential Inc., an IT staffing and software development firm, and the owner of Atkins’ Professional Advantage, a coaching and consulting firm. 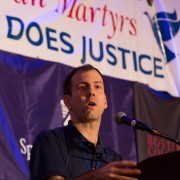 Christopher Kerr is Executive Director of the Ignatian Solidarity Network (ISN), a non-profit social justice network inspired by Ignatian spirituality. The organization promotes a lifelong commitment to the Ignatian ideal of “service of faith and promotion of justice.” He has a diverse background with more than 10 years of experience working in human rights advocacy and Catholic education.  His most recent work prior to ISN was coordinating international immersion experiences and social justice education programming for John Carroll University’s Campus Ministry office.  Mr. Kerr also served as an inaugural Co-Director of John Carroll’s Arrupe Scholars Program for Social Action. Prior to his time at John Carroll, Mr. Kerr was a teacher and administrator at the elementary and secondary levels in Cleveland area Catholic schools.   He also worked for a number of years as a part-time staff member with the InterReligious Task Force Central America, coordinating advocacy and young adult outreach. He speaks regularly at campuses and parishes about social justice education and advocacy, Jesuit mission, and many human rights and justice issues. 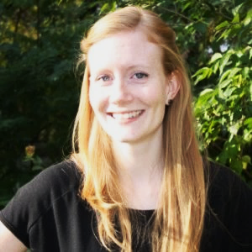 Annie Schaeffing is the School Placement Coordinator for Early Stages, a special education evaluation center for District of Columbia Public Schools. In her role, she connects families with schools that serve young children with disabilities or learning delays. She works with elementary schools throughout the district to increase collaboration in early childhood special education and facilitate great outcomes for children and families. Ms. Schaeffing began her career as the lead teacher in a bilingual Head Start program through Teach for America, where she worked to engage parents in their children’s education. She has also worked on the outreach, marketing and development team of A Wider Circle, a grassroots non-profit aimed at ending poverty. Her career has been centered on supporting vulnerable children and families and ensuring that every child has the opportunity for excellent early childhood education.