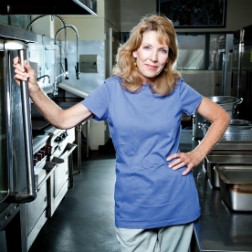 Maria Dzida is the Director of Loaves and Fishes, a multiservice community center that grew out of a neighborhood soup kitchen in Southern California. In her 26 years as director, Ms. Dzida has grown the kitchen into the community center it is today, serving up to 1,000 homeless and needy men, women and children each week. Loaves & Fishes’ motto of “a guest comes, Christ comes” sets the bar high for hospitality. In addition to providing wholesome meals and a generous dose of friendship and concern, its provides--free to all--limited medical care, English classes, grocery bags of food, clothing and hygiene items, arts and crafts and school supplies for the children, even a college scholarship program. Ms. Dzida does this all as a volunteer. Her time as a student at LMU greatly impacted the path her life would take. After graduation, Ms. Dzida spent a year in a small Alaskan village as a Jesuit Volunteer. In her work, Maria Dzida spends 30-60 hours per week obtaining supplies and services for the soup kitchen. She has become accustomed to asking for donations – of money, of food, of time, of “stuff”. She also recruits the roughly 50 volunteers who run the soup kitchen every Saturday. Loaves and Fishes has earned its reputation as a “gourmet soup kitchen,” due to her relentless pursuit of donations from a wide variety of locations. Her passion for sharing its mission has even sparked some unlikely partnerships between the struggling inner-city parish where Loaves & Fishes is located and several affluent Orange County churches, schools and organizations. 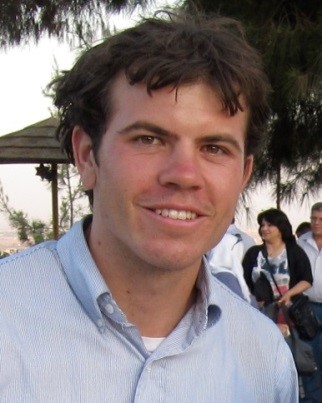 Colin Gilbert has used his background in Ignatian spirituality, liberation theology, Spanish, and Arabic to forge a career serving immigrants and refugees. Colin was most recently the Country Director for Jordan with the Jesuit Refugee Service (JRS), where he expanded education and aid programs in Jordan serving 15,000 refugees in three cities. With the Arab Spring came great need for displaced refugees, and Mr. Gilbert was on the frontlines spearheading a strategic response plan, recruiting staff and volunteers, and launching new education and aid programs. As the Syrian civil war broke out just across the border, he also played a key role in coordinating JRS’s response inside Syria and the surrounding countries. Since serving in Jordan, Colin Gilbert has started a new venture with Accelerate Change, a social entrepreneurship startup focused on helping immigrants in the U.S. He developed a technology-based language learning program called Accelerated English to provide immigrants with an effective tool for language acquisition. He is currently completing an executive masters in Education and Entrepreneurship at the University of Pennsylvania and a masters in Public and International Affairs at Princeton University. Colin continues to seek methods to measure social impact and use education as a catalyst for social change on behalf of those living on the margins. 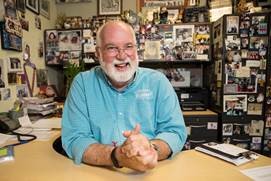 Fr. Greg Boyle, SJ is the Founder and Executive Director of Homeboy Industries. After more than 30 years of working with the gang population in Los Angeles, he is an acknowledged expert on gangs and intervention approaches. In an effort to address the escalating problems and unmet needs of gang-involved youth in LA, Fr. Greg developed Homeboy Industries in 1988 to provide positive alternatives to gang members, including finding legitimate employment and educational opportunities. Homeboy Bakery was born min 1992 to provide training, work experience, and the opportunity for rival gang members to work side by side. Today the organization’s non-profit economic development enterprises include Homeboy Bakery, Homeboy Silkscreen, Homegirl Café & Catering, Homeboy/Homegirl Merchandise, Homeboy Farmers Markets, Homeboy Diner, Homeboy Grocery and a Homeboy Truck. Fr. Greg entered the Society of Jesus in 1972.  He was ordained a priest in 1984.  Prior to his work with Homeboy Industries, Fr. Boyle taught at Loyola High School and worked with Christian Base Communities in Cochabamba, Bolivia. He was Pastor of Dolores Mission in the Boyle Heights neighborhood of Los Angeles, and later served as Chaplain of the Islas Marias Penal Colony in Mexico and Folsom Prison. He serves on the National Gang Center Advisory Board, he received the California Peace Prize, and in 2011 he was inducted in to the California Hall of Fame. Fr. Greg is the author of the NY Times bestselling book, Tattoos on the Heart: The Power of Boundless Compassion. 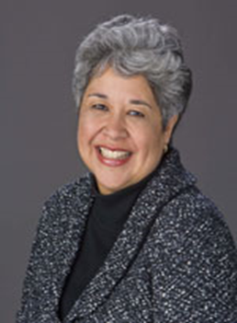 Diana Fuentes-Michel was appointed Executive Director of the California Student Aid Commission on May 5, 2003, bringing with her an extensive background in higher education program administration, policy development and state and federal governmental advocacy. A proud recipient of a Cal Grant B from 1975-1979, Fuentes-Michel credits the Cal Grant Program with providing the financial support she needed to become the first in her family to receive a college degree. Her work in public policy and program administration has focused on increasing educational opportunity, student access and financial aid through involvement with the enactment of the Cal Grant Entitlement Program and the state's Scholarshare Investment Program. Fuentes- Michel’s passion and commitment to serving low-income first generation college students led to the establishment of a statewide financial aid public awareness program, Cash for College. Fuentes-Michel has enjoyed a distinctive career in higher education and government.  Fuentes- graduated from Loyola Marymount University in Los Angeles with a Bachelor of Arts in History and Chicano Studies and also holds a Master of Arts degree in Government from California State University, Sacramento. She is a1979 California State Senate Fellow. 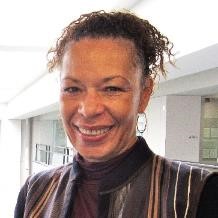 Dr. Cheryl Tawede Grills is a clinical psychologist but with a current emphasis in Community Psychology.  She is Professor of Psychology at LMU, national past President of The Association of Black Psychologists, and founder and director of Imoyase Community Support Services.  Dr. Grills serves as a Los Angeles County Commissioner appointed by the LA County Board of Supervisors to the Sybil Brand Commission for Institutional Inspections.  Her research interests, publications and projects include African-centered models of treatment engagement with African Americans; substance abuse prevention and treatment, community psychology; community mental health, prevention, and action research and program evaluation services to community based organizations engaged in social action, community change and prevention on a host of issues. Her current work in the area of racial stress focuses on the development of community based self-help models to address the negative effects of racism on people of African ancestry in the US and globally.  She recently completed a 6 year project on childhood obesity evaluating environmental change strategies to address obesity in communities of color.  She is principal investigator on several social justice projects related to community health, education reform, mentoring African American youth, disproportionality in the child welfare system, homelessness and substance abuse prevention. Dr. Grills consults nationally on a number of issues particularly regarding matters of cultural and social competence, multiculturalism and Africentric interventions.   She has also studied under traditional medical practitioners in Ghana, Nigeria, and Senegal and is a registered member of the Ghana National Association of Traditional Healers.