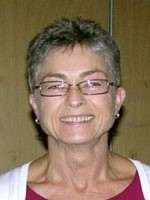 Barbara Bedford is a wetland ecologist with abiding interest in understanding processes controlling biological and functional diversity of wetlands and application of science to conservation and management of wetland ecosystems. Her professional goal is to play a role in seeing that humans do not further diminish biological diversity. She works to achieve this goal in research by trying to identify local and landscape mechanisms by which wetland plant diversity is maintained. In teaching, she strives to help students think in terms of connections -- between organisms and their environment, among ecosystems within a landscape, between human actions in the landscape and observed changes in ecosystems. In order to keep her research and teaching grounded in the messy world in which humans make decisions about wetlands and other ecosystems, she involves herself continuously in work with various state and federal resource management agencies and with private conservation organizations. At present, Ms. Bedford served as past president of the Society of Wetland Scientists, serves as a Trustee for the Adirondack Chapter of The Nature Conservancy, and as a member of a National Research Council committee on restoration of the Everglades. Her work for the New York State Office of the Attorney General was quoted in a 2006 decision of the U.S. Supreme Court. 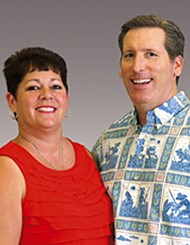 Mr. Green went from serving in the Peace Corps to working in sales and advertising before returning to school to become a high school teacher.  Mike and his wife, Eve, have long been active on the boards of non-profit organizations in Hawaii, ranging from the Maui Foodbank to the Maui Memorial Medical Center Foundation to A Keiki’s Dream, which helps local children in crisis. In search of a cause that would unite their love of education with their passion for philanthropy, they discovered that rural Cambodia was in desperate need of schools.   Determined to do something about it, Mike and Eve teamed up with World Assistance for Cambodia in 2007 to build the Green Family School, a five-room school for seventh- through ninth-graders in Kiri Vong, Cambodia. Because the region lacks running water and electricity, the Greens funded solar panels and GPS units to power a school computer. They also support the Girls Be Ambitious program, which pays families $10 a month to keep girls in school — the same a family might expect if it sold a daughter into labor or the sex slave industry. The school quickly grew from 70 students to more than 200, and 95 percent of students pass the test to go on to high school. Encouraged by that success, the Green family in 2008 opened a second school in Kampong Cham, Cambodia. Today, that school serves nearly 200 students in grades seven through nine. Mike and Eve travel to Cambodia every other year to visit the schools. 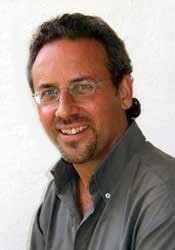 Shaun M. Skelton is founder and director of Visions in Action, a non-profit international development and volunteer organization whose members work in Africa and Latin America. Mr. Skelton is responsible for the overall operations of the organization as he alternates between the U.S. and Africa. He founded Visions in Action while teaching management at the University of Nairobi in Kenya in 1989. He has 20 years of international development experience in 18 countries in Africa and Latin America, including work as a consultant to USAID, UNEP, Shelter Afrique, Peace Corps and UNICEF. He was the Country Director of the American Refugee Committee in Liberia, and served in similar posts in the Congo (DRC) and Sudan for Oxfam and UMCOR. He co-founded the Stanford Volunteer Network at Stanford University and was on the national staff of the Overseas Development Network, where he co-founded and was the first national coordinator of Bike-Aid, an annual cross-country bike-a-thon for global development. He has taught international development as an adjunct professor at American University and has organized five of the national Working for Global Justice conferences in the DC area. Mr. Skelton, currently based in Rwanda, and has now worked for 28 years in 26 countries in Africa and Latin America. 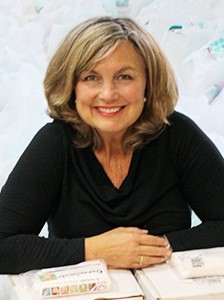 Deborah O’Halloran has over 25 years of executive level experience in publicly held companies, with expertise that spans marketing, communications, product management, human resources, and finance. She has served on several non-profit boards, chaired financial committees, and spearheaded fundraising events for human services and educational organizations She is one of the original visionaries and co-founders of Second Stork, and now serves as the president of the board and is active in the daily operations along with a team of other "staff" volunteers. Each year, thousands of new parents across Minnesota bring their baby home from the hospital without even the most basic supplies such as diapers, cribs, clothing, receiving blankets and other essential items. Founded in 2009, Second Stork is a Minnesota non-profit that fulfills this real, immediate need by providing those critical items free of charge and with no strings attached. Second Stork is not religious or political in its mission or operations and works in ways to always respect the dignity of people in need.  To do so, Second Stork relies solely on the expert judgment and expertise of hospital staff. In 2014, Second Stork engaged over 1,000 volunteers to help over 700 newborns. After graduating Marquette University, she went on to receive her MBA from the University of Minnesota. 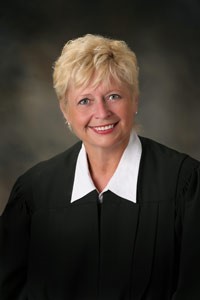 Justice Janine P. Geske (ret.) recently retired a Distinguished Professor of Law at Marquette University Law School and director of the law school’s Restorative Justice Initiative. Justice Geske served as a Wisconsin Supreme Court justice from 1993-98.  Prior to that time she served as a Milwaukee County Circuit Court judge for over 12 years.  Justice Geske has also been active in the alternative dispute resolution field and is recognized in Best Lawyers in America for her mediation work. She has received numerous honors and awards at the local and national level. Justice Geske currently serves on the Marquette University Board of Trustees, the Greater Milwaukee Foundation Board, and the OPUS Prize Board. Justice Geske provides restorative justice training both nationally and internationally. She has trained judges, lawyers and other professionals in Turkey, Ireland, Canada, Peru and Belgium. In 2011, she served as a visiting professor at Catholic University of Leuven (Belgium) Law School Institute of Criminology (in restorative justice).

Kate Novotny started Buena Vida Coffee in 2010 with the goal of creating sustainable change for coffee farming communities and the children of Sociedad Amigos de los Niños orphanage after her experience serving in Honduras. For every bag of coffee the non-profit sells, the organization donates one meal to Sociedad Amigos de los Niños orphanage, which was founded by Sister Maria Rosa Leggol. To date, over 21,000 meals have been donated.  Buena Vida, which translates to “good life,” focuses on using socially responsible coffee beans from co-ops in Latin America. They partner with local Milwaukee roaster Stone Creek Coffee to produce top-quality coffee. When she founded the company, Ms. Novotny wanted to help Marquette students as well, giving them the opportunity to earn internship credit and professional experience. Ms. Novotny works for Accion Chicago, a non-profit microfinance organization that serves the Illinois and Indiana small business community. She works as a loan officer, providing start-ups and existing businesses with micro loans. In this role, she provides one-on-one consulting services to loan applicants, works with referral partners at banks and communities organizations, and help obtain financing by leading her clients through the application process and loan committees. She also provides outreach to the Latino community and works with Spanish speaking clients.