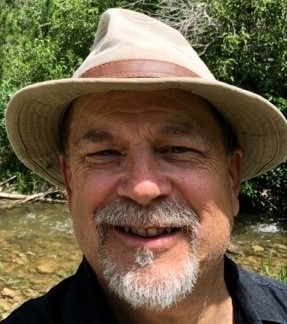 Dr. Michael Schuck is a longtime Professor of Christian Ethics in the Theology Department at Loyola University Chicago, where he has introduced countless graduate and undergraduate students to the world of theological ethics in general and environmental ethics in particular. He holds a dual appointment in Loyola’s new School of Environmental Sustainability. In addition to his many years in the classroom, Mike is also a past Director of the Hank Center for Catholic Intellectual Heritage at Loyola University. In addition to all this work, Mike has been an integral teacher and mentor in the Jesuit First Studies Program at Loyola for several decades. Through this work, Mike teaches and prepares Jesuits for the rigorous studies that mark their formation. Mike is also the co-director of the International Jesuit Ecology Project that has produced Healing Earth, a free online textbook in Environmental Science, ethics, spirituality, and action. Out of this work, Mike was called upon by the International Association of Jesuit Universities (IAJU) and the Vatican’s Dicastery on Integral Human Development to lead international efforts to help Jesuit and other Catholic universities across the world respond to Pope Francis’ encyclical, Laudato Si’. As a result of his work, well over a hundred Catholic colleges and universities across the globe have committed to joining the Laudato Si’ journey. Mike also teaches in and helps run the Magis Exchange Program, which is a relatively new international exchange program of the IAJU. Mike teaches students in this program who study environmental issues in their home country and in their host country during the exchange. In true Alpha Sigma Nu form, Mike is an internationally recognized, loyal scholar of service who is easily among the top lay leaders spreading the Pope’s urgent message to care for our common home. He not only does this in his own teaching, research, and lifestyle, but he also paves the way for countless others to do the same as an integral part of their development in Jesuit higher education.