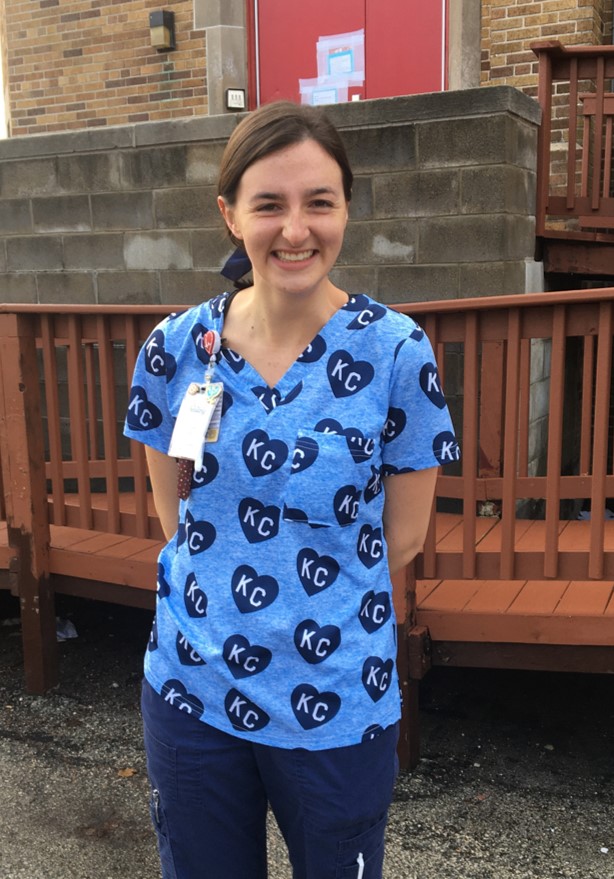 I recently wrapped up a challenging, joyful, and transformative year with the Jesuit Volunteer Corps (JVC). As a JV, I worked at the Bread of Healing Clinic, a free primary care clinic for uninsured adults in Milwaukee, WI, as a registered nurse. Taking my very first nursing job in a full-time volunteer role was countercultural, but I have no regrets. Paired with my Jesuit education at Creighton University, it has laid the groundwork for a service-oriented, mindful, collaborative nursing career.

My first day at Bread of Healing set the tone for the whole year – from speaking multiple languages, scrounging up the right wound supplies, to connecting to one of my new colleagues through a Creighton peer. After a day and a half of “orientation,” I navigated my new world via “a baptism by fire.” At first, this method heightened my new-nurse nerves, but reflecting back, it jump-started my confidence. My baptism by fire welcomed me into my new family of patients and colleagues at Bread of Healing.

A second wave of nerves washed upon the shores of my confidence in March, when the COVID-19 global pandemic crashed into the United States. Soon after, many socially-aware reporters and news stations began telling the story of the pandemic from those most at risk: minorities in the margins. My patients are those who do not have the luxury of working from home; those who cannot take time off work for fear of lacking rent money; those who struggle with chronic illnesses. One of our Asian-American patients requested her medications be delivered to her home, for fear of being discriminated against if she left her house. Another rationed one month’s supply of insulin over four months because his fear of contracting COVID was so great, should he dare step outside. Another at-risk patient lamented his inability to protect the five young children in his house from his high-risk, yet essential, job as a personal care worker. Worse yet, one of our Hispanic patients was laid off during the first wave of cases for coughing and sniffling while on the job, even though she only had allergies.

The more I thought about my patients during this pandemic and how they were being categorized by the country’s more privileged citizens, the more strongly I felt that, “If we have no peace, it is because we have forgotten that we belong to each other” (St. Teresa of Calcutta). We cannot divide into “us” and “them;” we must be united because we care for each other.

The more I reflected on this reality, the more I thought about the similarities between my baptism at work, welcoming me into the Bread of Healing family, and my baptism as an infant, welcoming me into the body of Christ. We all are part of the body of Christ. God, the Great Designer, intentionally created each and every one of us in the same image and likeness – His image and likeness. We are God’s adopted children, part of the same family, parts of one body. As such, if one limb is infected and sick, it affects all of us who share that body, not just those who make up that limb.

After all, we are all one body, one spirit in Christ. Intentionally making each decision with this reality of our baptism close at heart expands our definition of “neighbor” until no one is excluded. 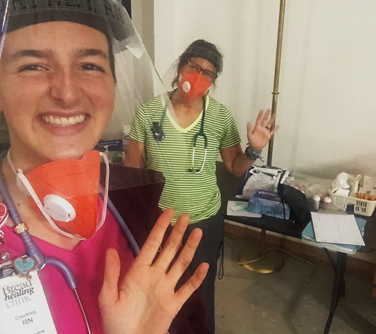 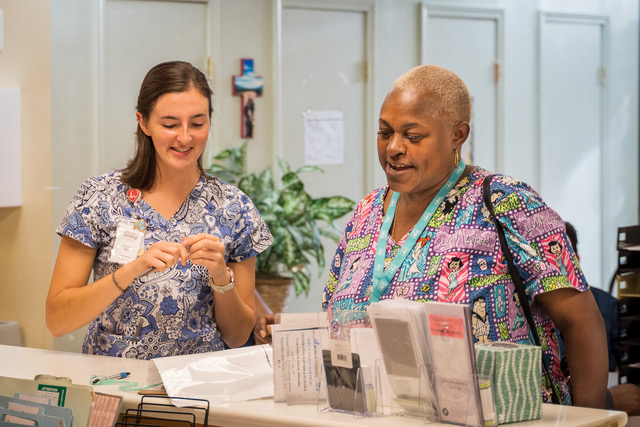