Creighton’s chapter is led by five student officers and a chapter adviser.  Dr. Tom Purcell from Creighton’s Heider College of Business recently finished a seven-year tenure as chapter adviser.  Dr. Purcell’s leadership was evident in all the chapter was able to accomplish.  Dr. Angela Patterson succeeded him as adviser starting with the 2021-2022 academic year.  Dr. Patterson and the new slate of student chapter officers have been very busy planning for the 2021-2022 academic year.  In addition to managing the nomination process for both new student and honorary members as well as holding the chapter induction ceremony and various student chapter activities, the officers have also been planning the 100th Anniversary celebration and preparing for the ASN Triennial Conference (see below for more on the Triennial).

The Omaha ASN alumni club, formed in 1958, also ASN’s the second oldest, is led by a 10-person board of directors.  The club has enjoyed the guidance of three Jesuit moderators.  William Kelley, SJ, who, along with Sister Audrey Tramp, managed the club’s affairs at Creighton for many years.  Under his leadership, we sponsored a lecture series for ASN members and guests, featuring many notable speakers.  Thomas Shanahan, SJ, succeeded Father Kelly, continuing the club’s programs and traditions.  James Clifton, SJ, is the current club moderator and has served in this role for several years.  Father Clifton consistently brings his strong Jesuit perspective and insight to discussions for the benefit of the club’s board of directors.

In addition to hosting gatherings with student members and other activities, the club takes an active role in identifying and recommending candidates for induction as honorary members of ASN.  These honorary inductees have accomplished much in their personal and professional lives while witnessing the core Ignatian values in the manner in which they lead their lives.  We evaluate the various nominated individuals and make recommendations (with the endorsement by the student chapter) to the university president for possible honorary induction.

While many students and honorary inductees have been inducted into ASN at Creighton over the last 100 years, one thing has remained constant – namely the recognition and celebration of ASN’s core principles of scholarship, loyalty, and service.

Creighton had planned to host the Triennial Conference in Omaha later this month, however, due to the pandemic, the conference has been postponed until the Fall of 2022. We all look forward to gathering at Creighton next fall, but in the meantime, hope to soon celebrate Creighton’s Student Chapter 100th anniversary. 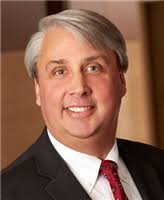