3         Celebrate the Jesuit honor society with Chapters across the U.S. and the world

Many events listed on the Chapter Program Ideas page will work well for AΣN Week.  Below are some programs that made AΣN Week successful at our Chapters. 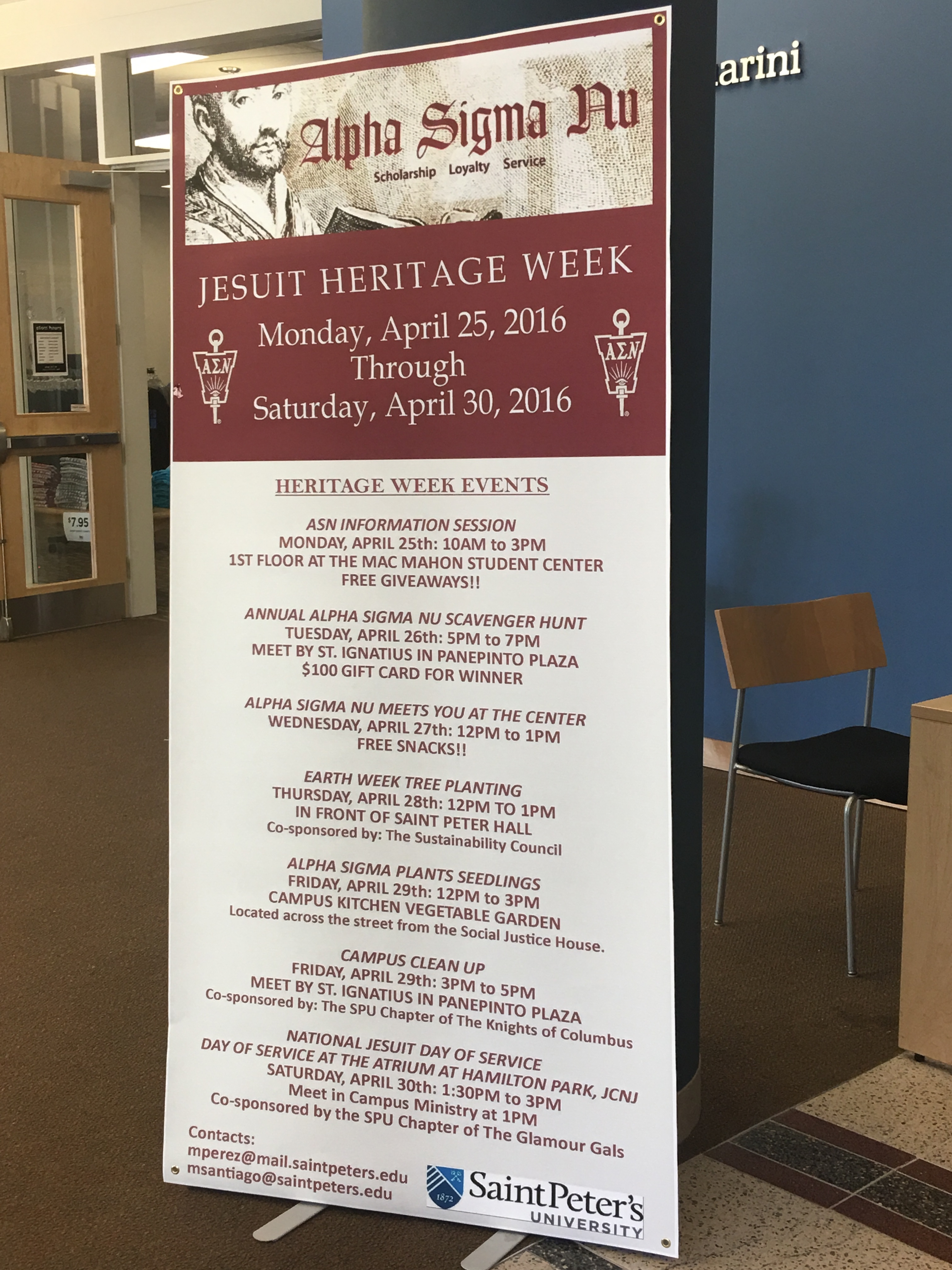 See the photo above for a full listing of events associated with Jesuit Heritage Week, put on by the Alpha Sigma Nu Chapter at Saint Peter's University during their AΣN Week.

The Chapter collaborated with the campus' Ignatian Ignite, Art, Medieval, and Campus Life Clubs to bring a whole week of events. Because of the collaboration, they chose to call the week Ignatian Heritage Week.