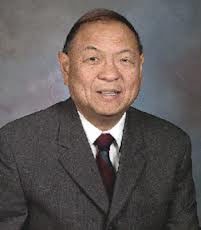 Edward A. Chow, MD, is a San Francisco internist who has been addressing health needs, access, and disparities for over forty years. Dr. Chow worked with the Chinese Hospital and its physicians to create the Chinese Community Health Plan, the nation’s first culturally competent health plan dedicated to the needs of an Asian community. For twenty six years, he has served under five Mayors on the San Francisco Health Commission advocating for the rebuilding of its two public hospitals, establishing neighborhood primary care clinics and developing the city’s nationally acclaimed universal health access program, Healthy San Francisco, for uninsured and underinsured San Franciscans. His four decades of service to the community in the area of public health includes advocating for culturally competent and affordable health care, and programs to address health disparities in Asian American communities nationally including increasing awareness, research and treatment in cardiovascular disease, diabetes, cancer, and hepatitis B.  An active member in the community and current President of the San Francisco Health Commission, Dr. Chow has made a lasting impact on health care for Asian Americans nationally, and providing culturally competent affordable and accessible health care services for his community.

Simron Gill's legal practice is focused on intellectual property protection, counseling, and licensing issues. Beyond her legal practice, she is active in the arts. Ms. Gill is Associate Producer of a long-form documentary film on incarceration called Life After Life. Her interest in film was developed through both her love of photography and a deep-seeded interest in the power of media to highlight and inform social justice issues. She has been a driving force behind Life After Life’s diverse and innovative development and outreach strategy.  She serves as Vice-Chair of the Board of Directors of a San Francisco community arts non-profit Root Division, which provides free arts education to under-served schools and supports emerging artists.

Peter Neeley, SJ, is Assistant Director of the Kino Border Initiative (KBI), which works with migrant men, women and children along the border of Nogales, AZ, and Nogales, Sonora, Mexico, the region’s major ports of trade, entry, and deportation. The KBI was inaugurated in January of 2009 by six organizations from the United States and Mexico: The California Province of the Society of Jesus, Jesuit Refugee Service/USA, the Missionary Sisters of the Eucharist, the Mexican Province of the Society of Jesus, the Diocese of Tucson and the Archdiocese of Hermosillo.  The KBI’s vision is to help make humane, just, workable migration between the U.S. and Mexico a reality. Its mission is to promote U.S.-Mexico border and immigration policies that affirm the dignity of the human person and a spirit of bi-national solidarity through direct humanitarian assistance and accompaniment with migrants, social and pastoral education with communities on both sides of the border, and participation in collaborative networks that engage in research and advocacy to transform local, regional, and national immigration policies.