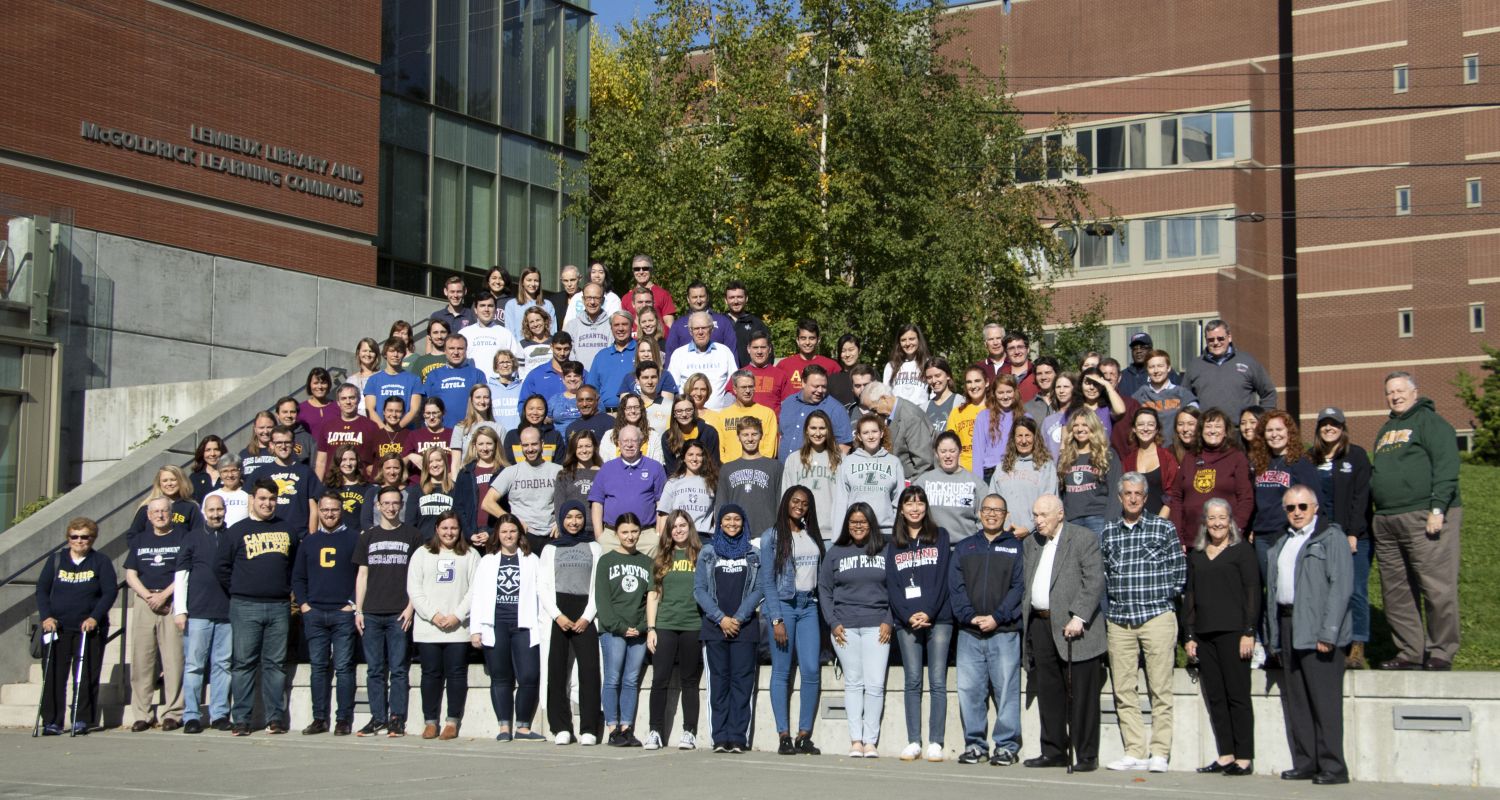 This 34th Triennial Conference of Alpha Sigma Nu brought together student ASN leaders and Advisers from 31 chapters, alumni leaders from 10 ASN alumni clubs, the board of directors and staff of ASN for a weekend of networking, teaching, planning, and energizing.  The mix of faculty, administrators, students, and accomplished alumni, all part of Alpha Sigma Nu and the larger Jesuit network, was alone a unique feature of the conference.  Few organizations transcend the walls of the individual Jesuit universities, connecting such a diverse group. Attendees came from all 28 Jesuit universities in the U.S., one Canadian college, one university in South Korea, and the newest university to start an Alpha Sigma Nu chapter in Spain.  The energy in this network was palpable.  The opporunity to connect student enthusiam with faculty know-how and alumni willingness to serve was a highlight of this 34th Triennial.

Throughout the conference, attendees heard from several thought-provoking speakers, most notably Rev. Stephen V. Sundborg, S.J. (, President of Seattle University.  Fr. Sundborg gave the keynote address, Discerning the Future of Alpha Sigma Nu as the Jesuit Honor Society, asking member leaders to consider the implications of being the Jesuit honor society. Other speakers included Mary McFarland, Ph.D., R.N., co-founder of Jesuit Worldwide Learning, and Monica Nixon, Ed.D., Assistant Vice-president of Equity, Inclusion, and Social Justice for the National Association of Student Personnel Administrators.  The women inspired attendees by asking them difficult questions: what haunts you?  And what will you do about it?  How can we be more inclusive as people, universities, and as the Jesuit honor society?  The conference also boasted a report by ASN Executive Director, Kate Gaertner, and Director of the Center for Jesuit Education at Seattle University, Joe Orlando, on the Deusto Assembly 2018, where Jesuit higher education leaders met and established the International Association of Jesuit Universities (IAJU).  The report served to inform members about the assembly and the work of IAJU and also to broaden the understanding of ASN members to their role in the GLOBAL Jesuit network.

Interspersed with the speakers were sessions for advisers, student leaders, and alumni leaders to receive training on ASN chapter and club management and programming.  There was also ample time built in for reflection, table sharing, action planning, and community building.

The conference culminated in an Awards Ceremony to honor Rev. Michael J. Garanzini, S.J. (Saint Louis University `71) and David S. Zamierowski, M.D. (Holy Cross `64) with Alpha Sigma Nu's highest awards.  Father Garanzini received the Richard and Ann Panlener Award, an award to honor individuals who have demonstrated a sustained, serious commitment to the development of Alpha Sigma Nu.  Inducted as a student at Saint Louis University in 1971, Father Garanzini has been a vocal supporter of Alpha Sigma Nu throughout his career in higher education.  In his current role as Secretary for Higher Education for the Society of Jesus, he has elevated the status of Alpha Sigma Nu by inviting the organization to present at the Deusto Assembly in Bilbao, Spain, offering ASN as a model of what a global Jesuit alumni network could look like.  Dr. Zamierowski was not able to attend, but he was awarded the Peg Fennig Award for his significant contribution to the vitality of ASN.  Dr. Zamierowski funds the Seelos Grant, a program that eliminates financial barriers for student ASN members to attend Ignatian leadershp and social justice training and conferences.  The Awards Ceremony was a wonderful way to conclude the conference.  In Father Garanzini's acceptance remarks, he noted, "Alpha Sigma Nu is more important to the Jesuits than you [Alpha Sigma Nu members] know."  As the only honor society permitted to bear the name Jesuit, we have a call to action and mission like no other honor society.