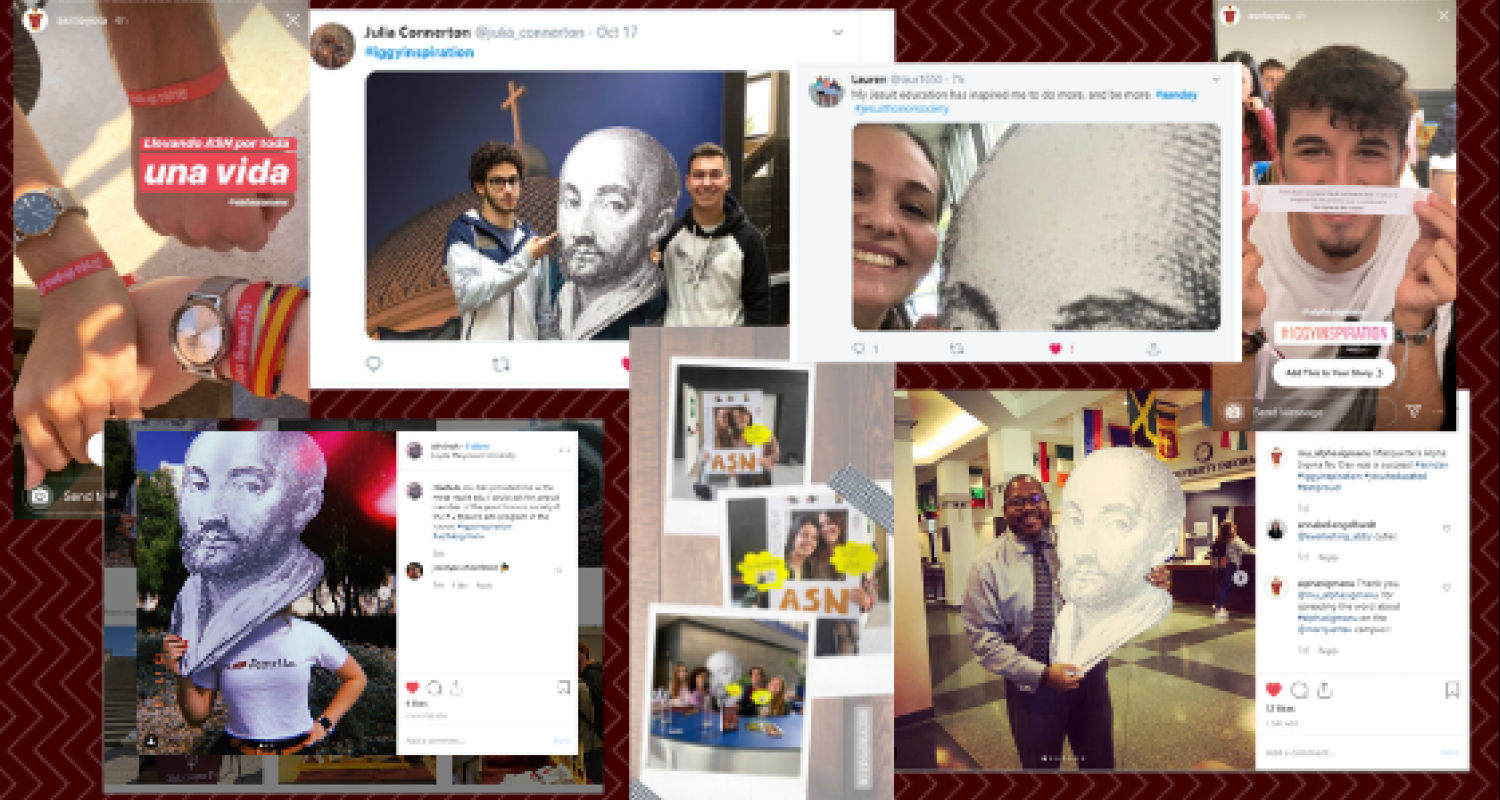 If you saw Saint Ignatius' big head on campus or on social media this week, then Alpha Sigma Nu Day was a success!

Proclaimed Alpha Sigma Nu Day by Marquette University during the 2015 centennial celebration of the Jesuit honor society, October 17th serves as an annual day to celebrate and promote Alpha Sigma Nu.  This year, we capitalized on the day to raise awareness of Alpha Sigma Nu on our Jesuit campuses.  Student chapters from California to Spain held tabling events featuring big heads of Saint Ignatius for photo ops.  Students, faculty, and staff stopping by got information about ASN, played games, and walked away with snacks and ASN swag.  All members were asked to go on social media and, using 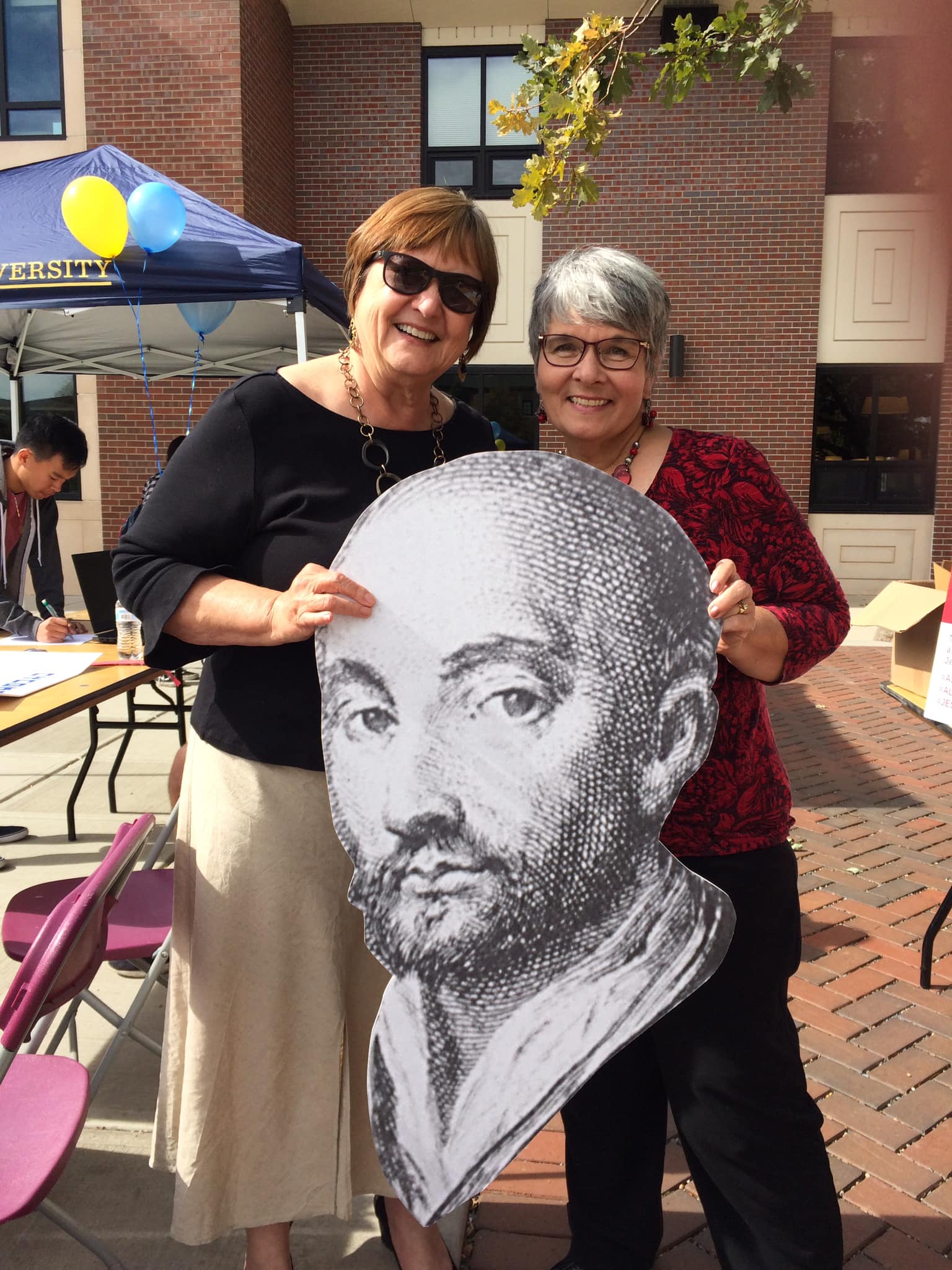 #iggyinspiration #asnday #alphasigmanu, answer the question, "What inspires you most about Jesuit education?"  Chapters added their own fun by coming up with ASN trivia, creating photo frames, giving out Saint Ignatius words of wisdom, and posting videos of themselves talking about ASN and the meaning behind membership.

Throughout the day, we watched as chapters, members, and clubs added to the celebration online.  Our friends at the Association of Jesuit Colleges and Universities chimed in, and we saw video of university leaders stopping by campus events.  Some members even added the temporary Alpha Sigma Nu Day photo frame on Facebook to show their ASN pride.  The best part was learning from members what inspires them about Jesuit education and ASN.  Although much of the ASN Day social media focused on Instagram stories, which are temporary content, you can still find a lot of wonderful posts, tweets, and videos by searching #iggyinspiration or #asnday on Facebook, Twitter, and Instagram.  Go online and see how ASN Day spread the word of Alpha Sigma Nu across Jesuit campuses.  And, if you're so inspired, add your own #iggyinspiration!

Here are some of the responses we read:

Commitment to service and study; being faithful to the Gospel. Ad majorem dei gloriam!

The examples of people going above & beyond for others that teach me to be a better person.

Alpha Sigma Nu has shown me how Jesuit universities thrive in unique and diverse contexts, from Detroit to South Korea.

My Jesuit education has inspired me to do more, and be more!