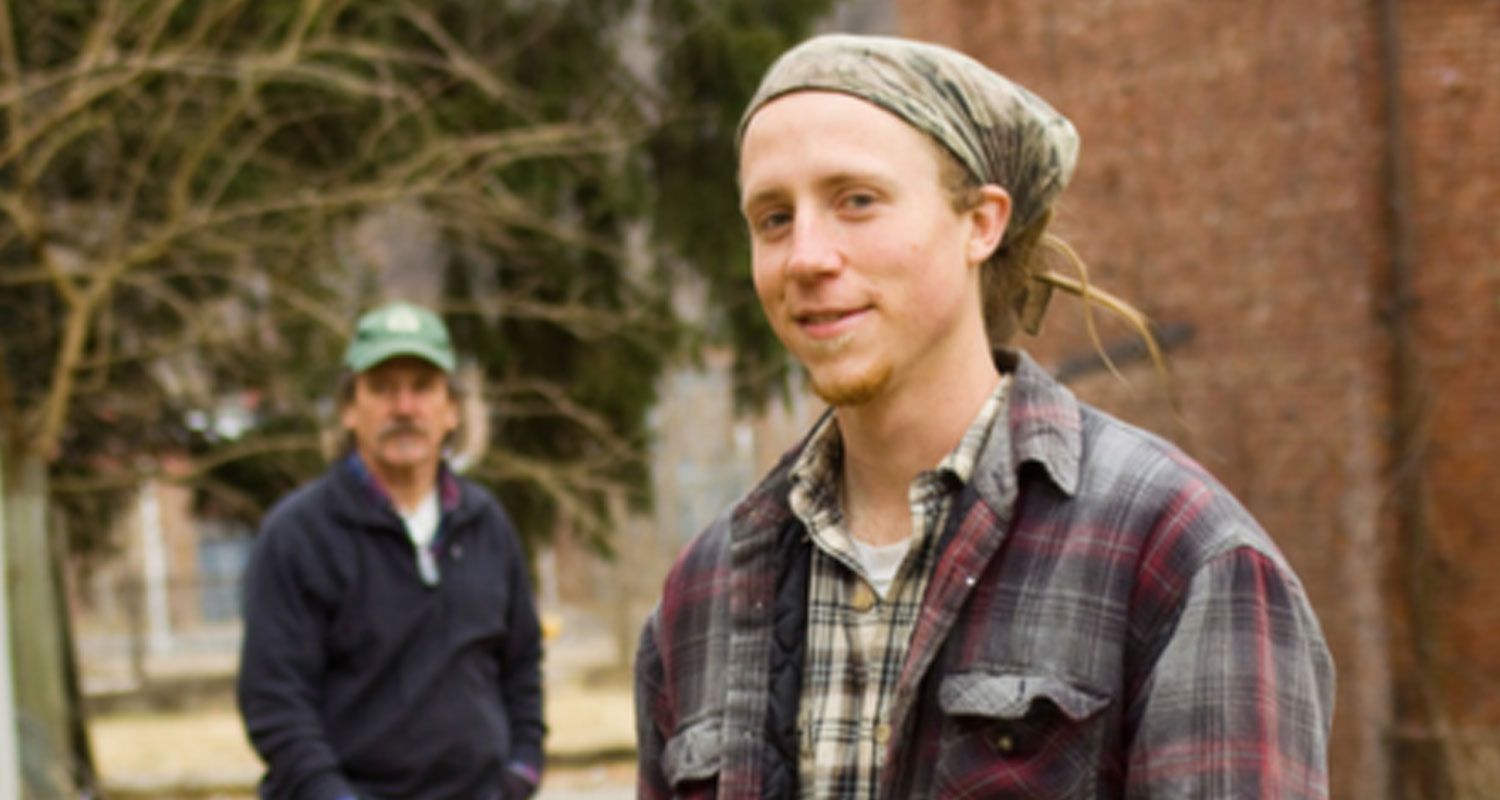 In partnership with the family of Moira Erin O’Donnell, the Ignatian Solidarity Network announced the first recipients of the Moira Erin O’Donnell Emerging Leaders for Justice Award, including AΣN member Danny Swan (Wheeling Jesuit University ‘07). The O’Donnell Award honors young adults who have received an undergraduate degree from a U.S. Jesuit university and demonstrated significant social justice leadership in their communities.

Danny Swan grew up in Morgantown, WV and studied English literature at Wheeling Jesuit University. While at WJU, Danny lived at the Mother Jones House, a service based intentional community in the underserved neighborhood of East Wheeling. Identifying East Wheeling as a “food desert”, Danny started the East Wheeling Community Gardens project and also participated in the Green Wheeling Initiative which worked to establish other community gardens, school gardens, and community agricultural education.

In 2013 he founded Black Swan Organics–a community supported agriculture (CSA) subscription service and weekly farm stand. In 2014, Black Swan and East Wheeling Community Gardens merged into the non-profit Grow Ohio Valley, establishing a board of directors and hiring a small staff. In two years, GOV has additionally established community gardens and urban greenhouses, educational projects, and a mobile food market. Its mission centers on serving East Wheeling and other underserved communities at risk of food insecurity, including seniors. But it is also open to the desires of others to “come and see,” as they host a number of immersion groups in Wheeling to learn about food justice and sustainability. This year, GOV has expanded its partnerships to include House of Hagar Catholic Worker, Wheeling Jesuit University, Catholic Charities, and local health clinics, and they have provided farming internships for young adults, as well as attracting the attention of local and national news media and social justice leaders such as NETWORK/Nuns on the Bus.

“In response to Danny’s vision and leadership,” explains Michael Iafrate, co-coordinator of the Catholic Committee of Appalachia, “GOV is transforming how its community thinks about, grows, and distributes food,” modeling integrated city revitalization efforts and local food economy transformation. “But this is more than yet another version of the hip ‘eat local’ trend,” continues Iafrate. “GOV’s mission is rooted in Danny’s spirituality of solidarity with the marginalized—including the suffering Earth—which was shaped through his Jesuit education and by his exposure to the pastoral letters of the Appalachian Catholic bishops, ‘This Land is Home to Me’ and ‘At Home in the Web of Life’.”

Learn more about the Moira Erin O'Donnell Award and other recipients