Deusto Assembly 2018: Transforming our World Together 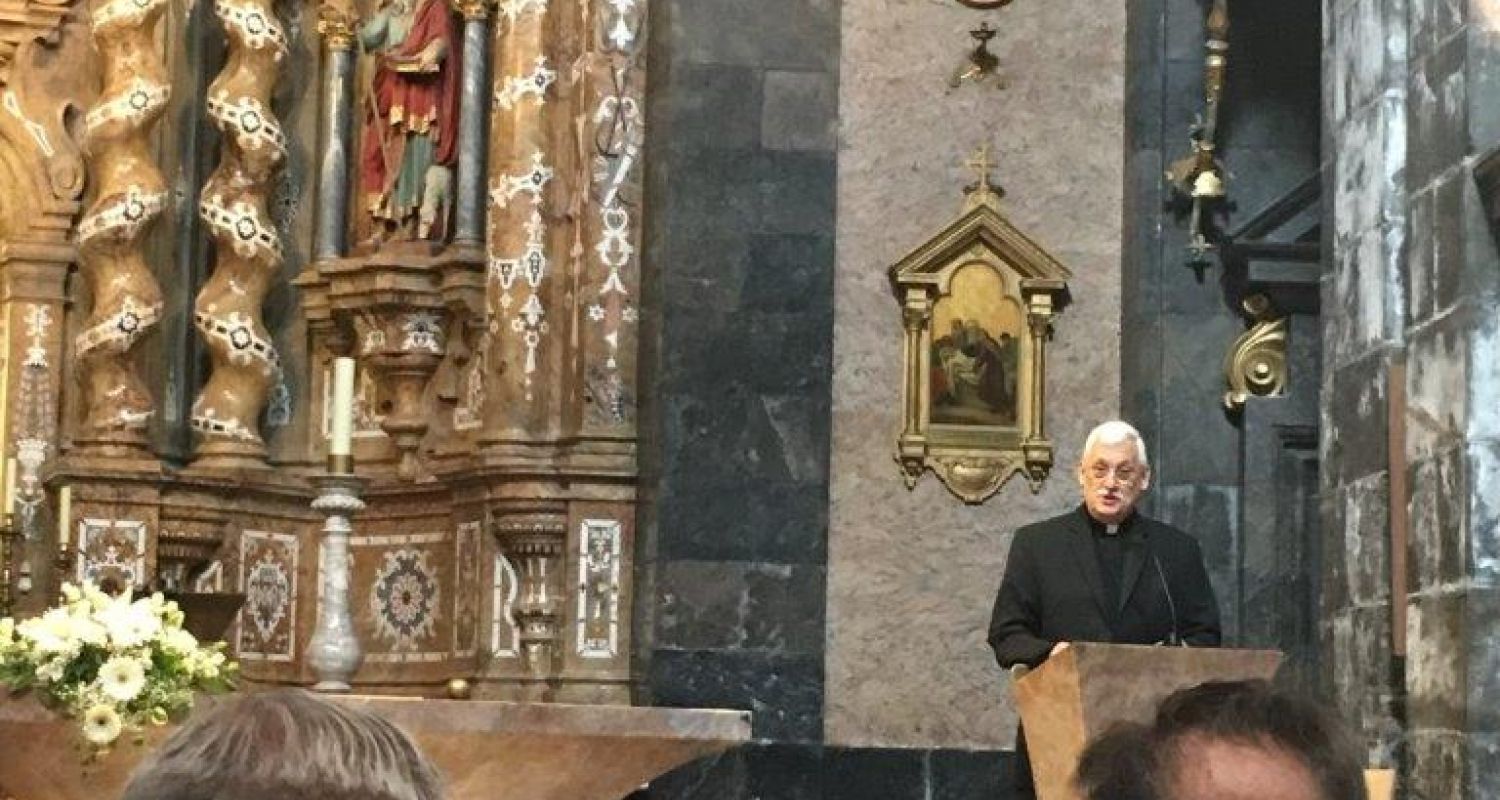 Deusto Assembly 2018: Transforming our World Together

Every three to five years, leaders of international Jesuit higher education gather, and this July, Michael Garanzini, SJ, Secretary for Higher Education for the Society of Jesus, convened ‘Deusto Assembly 2018: Transforming our World Together.’ “Jesuit higher education remains one of truly global platforms for bringing faith, justice, and reconciliation into a world that desperately needs them,” said Father Garanzini.  The purposes of the Assembly were to hear anew the GC 36 call for networking and collaboration, heed the message of Father General Arturo Sosa’s vision for Jesuit higher education, learn of the six strategic priorities for the schools, and strategize how to work together in the service of faith and the promotion of justice.

Lay and Jesuit leadership in the university
Civic and political leadership
Environmental and economic justice
Educating the marginalized and the poor
Inter-religious dialogue, collaboration, and understanding
Peace and reconciliation

We gathered in groups to discuss issues, best practices, and strategies to best address these priorities. Alpha Sigma Nu, along with Jesuit Worldwide Learning and Magis Exchange, presented possible collaborations to forward the goals of the newly created International Association of Jesuit Universities.

During my presentation, I offered ASN as a model of a program recognizing student leaders and functioning as an alumni association that connects members with programs and resources that can advance not only member commitment to ASN values beyond graduation, but also promote collaboration on IAJU priorities.  I discussed both welcoming new ASN Chapters and ASN acting as facilitator and supporter of other conferences (such as Central and South America’s AUSJAL) creating their own ASN-like organizations.  Click here to see the short video on ASN’s international reach created by Loyola Andalucia students.

The highlight of the week was a trip to the home and Sanctuary of St. Ignatius Loyola. The day began with a keynote address from Father General:

This World Meeting of Jesuit Universities, held here in Loyola and in Bilbao, is seeking to make history on this path of discernment, in apostolic planning, collaboration and networking, by creating the long-prepared meeting of the International Association of Jesuit Universities (IAJU), whereby we can welcome a new era and a new style of fruitful work within the university. With our presence here we confirm that we are willing to come together in order to produce better and greater outcomes. This willingness will turn into a specific commitment to new ways of interrelating within and between our universities.

Father Arturo Sosa, SJ ,had encouraging words for the intellectual apostolate of the Society of Jesus: “Intellectual work is apostolate when it is carried out in the open, not locked in a cabinet or within the comfort of its own certainties.” He invited universities to offer an education aimed at universal citizenship:

Educating people for world citizenship involves recognizing diversity as a constitutive dimension of a full human life. We want to educate human beings who are able to feel that they are members of humanity because they have become critically aware of their own culture (inculturation); who are capable of joyfully recognising the culture of other human beings (multiculturalism) and relating to others, becoming enhanced by the variety of which their own culture is a part (interculturality). Becoming world citizens would be one of the outcomes to be achieved from studying or working in an educational institution of the Society of Jesus.

We then toured Ignatius’s home, including the room of his conversion. Then, just before he celebrated Mass at the Basilica of Saint Ignatius, Father Sosa signed the International Association of Jesuit Universities charter, as did the leaders Jesuit higher education of the North America, Latin America, Africa, Australia, Europe, South Asia, and East Asia regional conferences.

IAJU’s vision is: “To become institutions that promote peace and reconciliation, justice and faith through research and the formation of students, in order to transform society and culture.”  The goals of IAJU are to:

Create a vibrant network of regional associations of Jesuit higher education institutions to assist them with collaboration, both within and among the Conferences
Implement the calls of GCs 35 and 36 that all our institutions should promote the faith that does justice and become communities of discernment and reconciliation
Better serve the mission of the Church by advancing Catholic Social Thought through teaching, research, and advocacy
Foster collaboration and research among and between scholars and institutions within the IAJU on priority issues and challenges

Thursday concluded with a Mass of gratitude celebrating the accomplishments, conversations, and camaraderie of the Deusto Assembly. As José Ramón Villarin of the Ateneo de Manilla commented, “What is the most moving is this grace of being able to come together despite our different cultures, backgrounds, traditions, and histories."