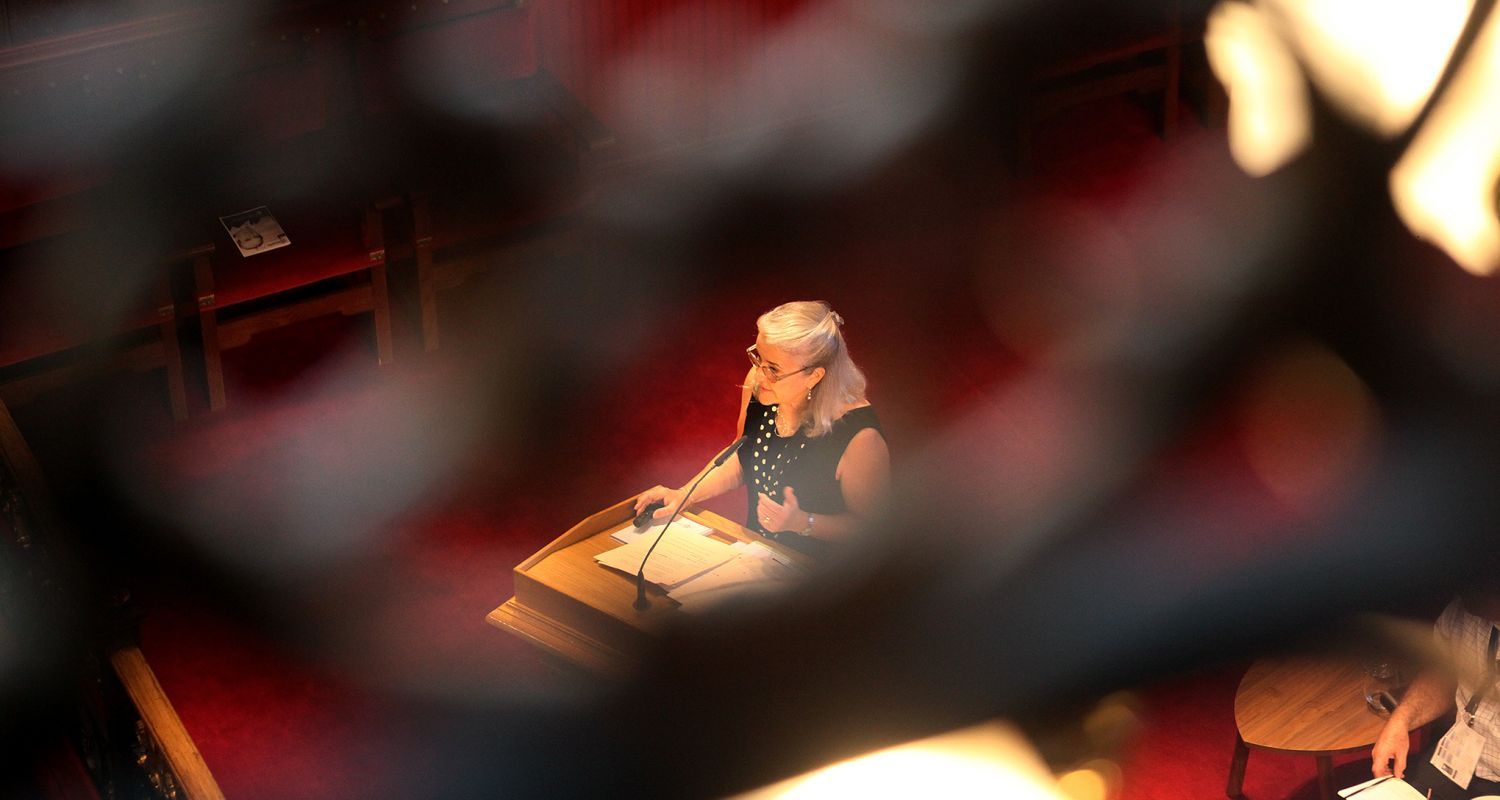 Ms. Gaertner has led the honor society of Jesuit universities at a significant period in Jesuit higher education.  As Jesuit universities more clearly focused and strategized on mission, Ms. Gaertner guided ASN in supporting those efforts, promoting the mission and values of Alpha Sigma Nu and Jesuit higher education to students and in encouraging alumni members in living these values.  In her time at ASN, the Jesuit honor society has moved from simply honoring students to become a dynamic Ignatian partner, enabling members to be collaborators with the Society of Jesus.  Seeing the ASN tenet of Loyalty as ASN’s distinctive characteristic, Ms. Gaertner fostered connections with Jesuit communities, Ignatian partners, and the Association of Jesuit Colleges and Universities, while promoting Jesuit Curia’s priorities to members and chapters.

A key priority for Ms. Gaertner has been articulating and communicating the meaning of Alpha Sigma Nu membership, particularly to inductees, to chapter leaders, and to member universities.  She accomplished this by providing Ignatian leadership training to students, expanding offerings to chapter advisers, building community among student leaders, and visiting all 27 Jesuit universities in the U.S., Sogang University in South Korea, Universidad Loyola Andalucia, and Regis College Toronto.   In addition, Alpha Sigma Nu has been at the vanguard of leveraging technology to expand student and alumni outreach and programming.

During her time as Executive Director, Ms. Gaertner increased Alpha Sigma Nu’s international presence, adding chapters at Universidad Loyola Andalucía and Universidad del Pacífico.  She strongly believes in the power of the global Jesuit network and has represented ASN to the International Association of Jesuit Universities, the Jesuit Networking Project, and the Jesuit Friends and Alumni Network.

Ms. Gaertner has also been active in the honor society community, representing ASN in the Association of College Honor Societies.  She served on its board of directors and as chair of its nominating committee.

In reflecting on her tenure, Michael Garanzini, S.J., President of AJCU, shared, “Kate has been a friend and mentor to many of us and, especially, to countless young ASN members who have taken leadership positions in their communities and organizations. She has been a transformative leader for ASN as her record of accomplishments demonstrates. But, most important of all, she is a living witness and the embodiment of all that this honor society stands for: service to others, a commitment to intellectual development, and loyalty to the values of Jesuit education. She has truly been a model for us all.”

In reflecting on her years leading ASN, Ms. Gaertner said, “I will always look at my time as Executive Director with enormous gratitude.  What a privilege it has been to pursue the ΑΣΝ mission alongside committed ASN staff, passionate student leaders, generous advisers, inspiring Ignatian colleagues, and Jesuits who live the call to the service of faith and the promotion of justice.”