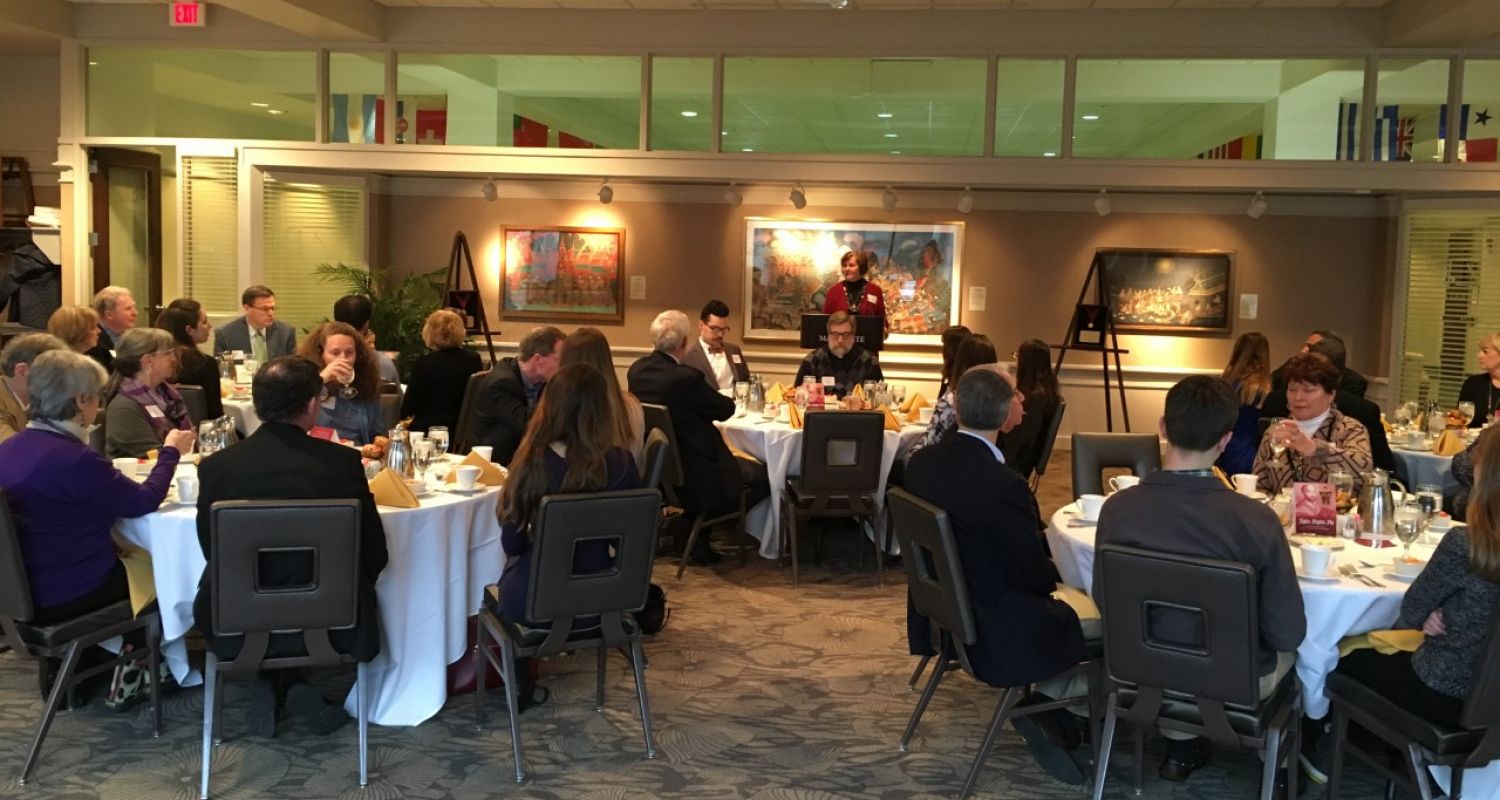 Marquette University's Danihy Club celebrated its Spring Brunch Sunday, March 26 and honored memorable alumni. Know someone deserving of the 2018 awards from the Danihy Alumni Club? Contact any board member or email. 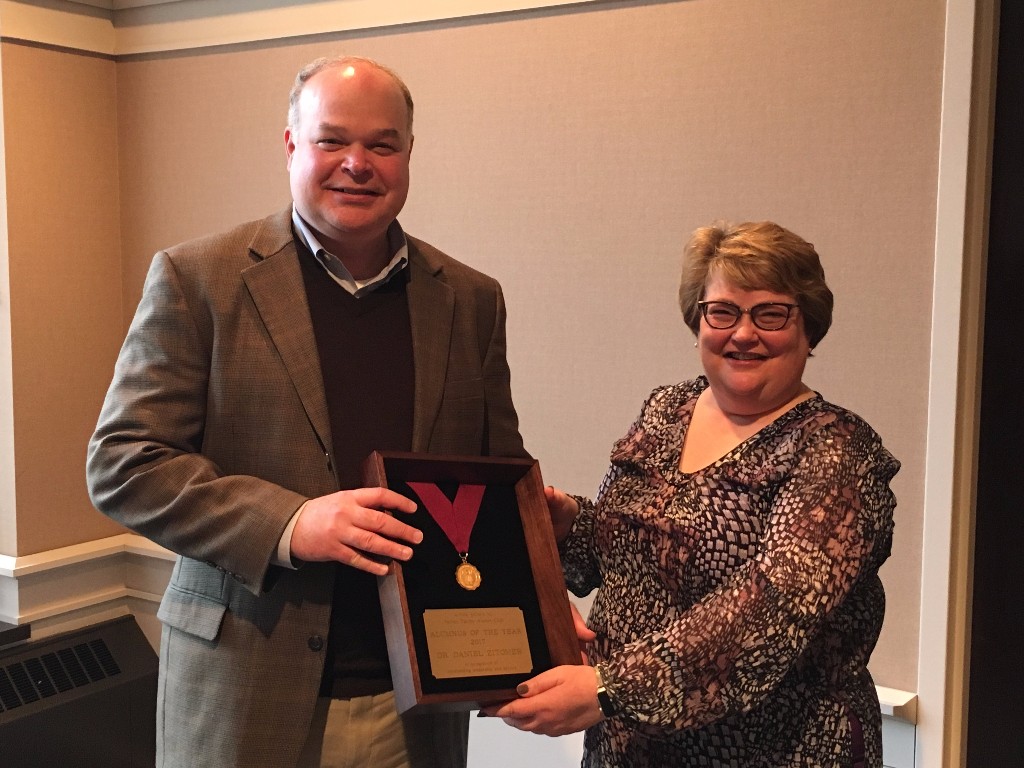 In presenting the 2017 Alumnus of the Year Award to Dr. Dan Zitomer, Professor of Civil, Construction and Environmental Engineering and Director of the Water Quality Center at Marquette University, Dr. Stephanie Quade said, "The values of Alpha Sigma Nu are scholarship, loyalty and service. These ideals run through the work of Dan Zitomer; he models them in his careful teaching and mentorship of students, his extensive research and his commitment to excellence." She cited his research and work with students, saying that they were characterized by a sense of connection between academic work and engineering acumen. She specifically noted his work as adviser of Marquette's Engineers Without Borders chapter and projects that involved students building bridges in Latin America, Commenting on his research focus on anaerobic digesters, Quade said, "Dan’s work and that of his research team helps industry leaders in wastewater treatment develop environmentally sound practices." 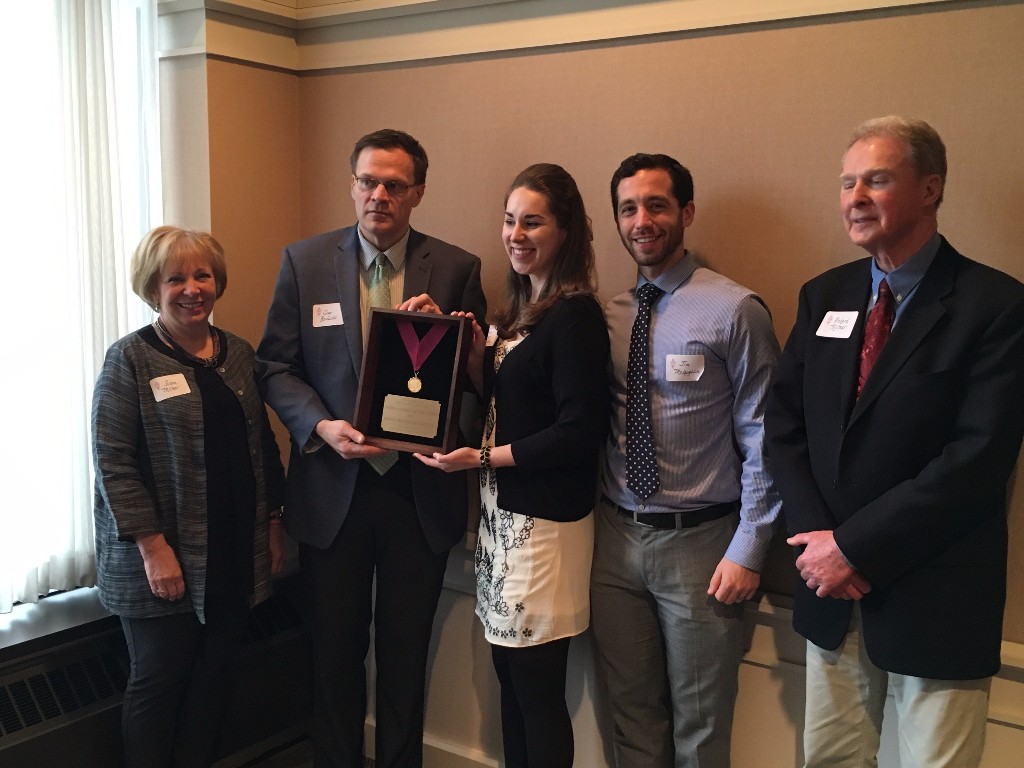 In accepting her award as the 2017 Young Alumna of the Year, Sarah McLaughlin said, "As a young Marquette alumna I have way more questions than answers. But I think that’s OK, because the minute we stop asking questions is the minute we become complacent. And life gets less interesting." She said of the many Jesuit mantras, one has stood out -- "the concept of men and women for others." In her work with the Jesuit Volunteer Corps, at Legal Action of Wisconsin, the Zilber Foundation and, now, the Center for Youth Engagement in Milwaukee, she discovered that, "I can’t just work for others. I have to work with others." Greg Borowski, in presenting Sarah's award, said those who meet her are "touched by her enthusiasm and commitment, her compassionate nature, her ability to relate to people." He said she excelled in the world of advocacy and social services.