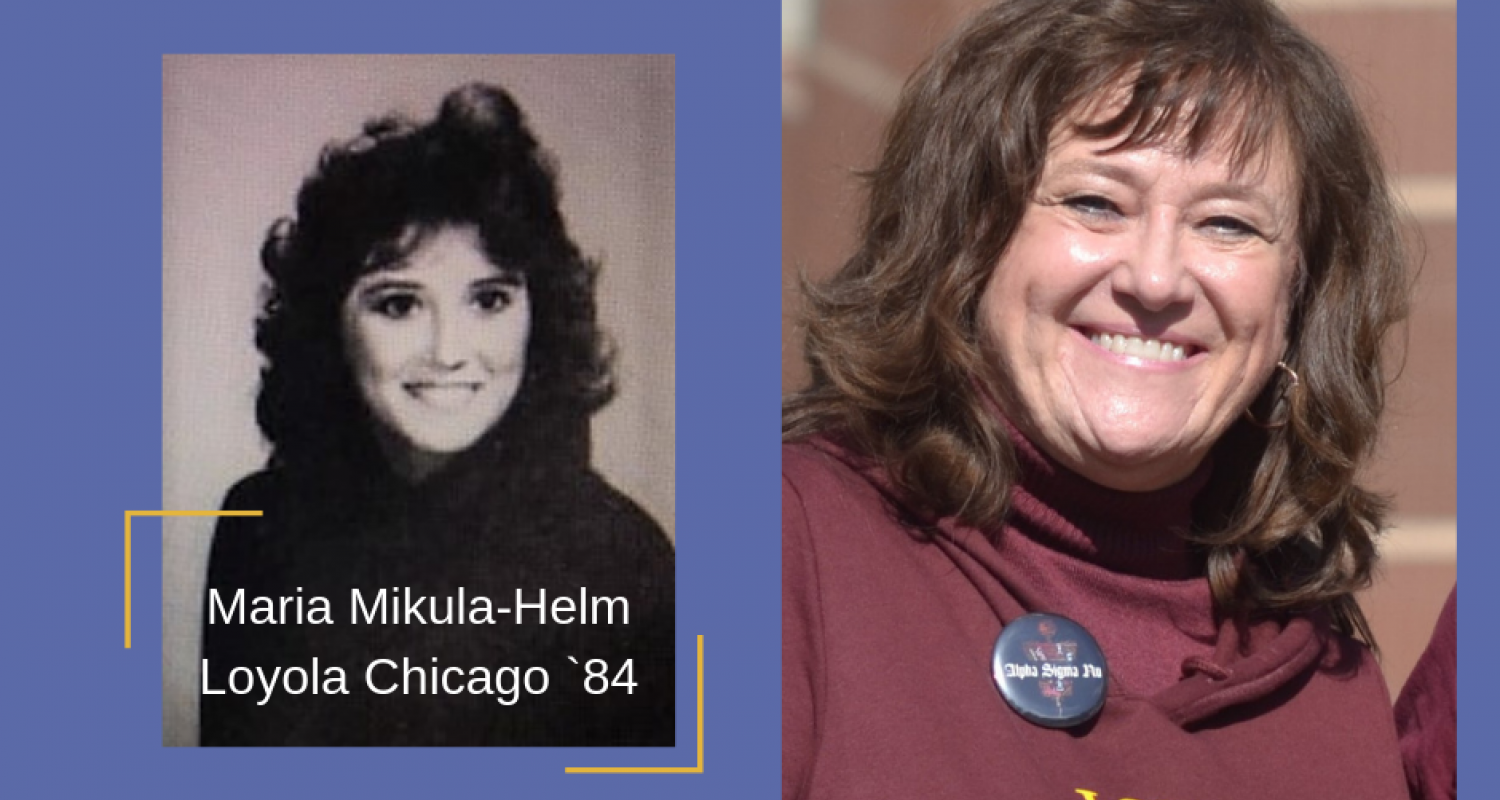 What keeps you feeling connected to Alpha Sigma Nu?

The ASN honor society designation continues to hold a prominent place on my professional résumé, nearly 35 years since earning my Bachelor of Arts & Sciences degree from Loyola University of Chicago. I've always felt an affinity for ASN with a genuine sense of pride, particularly as others regard induction into ASN as emblematic of someone well-prepared and intellectually tested to take on meaningful challenges and who exceeded the expectations of what it takes to undergo a rigorous academic experience through the Jesuit higher education model. In order to be nominated and selected, we demonstrated to others through our studies and extracurricular involvement that we're more than ready and willing to heed St. Ignatius' call to "go forth and set the world on fire".

What made you want to take on a leadership role?

I contacted the ASN international office to inquire about the existence of a Chicago area alumni club and discovered that it was no longer active. I responded to an invitation (now a few years ago) to attend a meeting about starting one, and as a result, became part of the newly-formed Chicago ASN Alumni Club board. I was excited to be part of a new venture that would respond to interests like my own, particularly to re-establish a relationship with my Jesuit education while also enjoying the company of fellow ASN recipients through specialized programming. I am now into my second year as club President, and along with four board members, we are committed to developing our membership base while also working to build momentum for continuous development of club events. One of the aspects I really enjoy is the chance to build a network of relationships between our club and allied groups, whether within or outside of the Jesuit system, as a means to pursue new opportunities for mutual growth based on shared interests.

While I'm unsure whether an ASN student chapter existed at the time of my induction, I'm certainly very impressed with the active, engaged leadership that I've witnessed among current student chapter leaders from the various Jesuit colleges and universities as experienced in my interactions with them at the recent ASN Triennial Conference in Seattle. Today's students will be tomorrow's alumni, so for the Chicago ASN Alumni Club, we want to bridge the gap between our separate orbits by increased collaboration through co-sponsorship of activities.  We also want to cultivate continuity for them by helping to make the transition to alumni club status for the post-graduation years ahead.

What are ways you think other members can stay connected to ASN?

Like all of the ASN alumni clubs in each geographic region anchored by the vital hub of a Jesuit college or university, we have a diverse audience comprised of different generations, academic degrees, talents, and life experiences. That said, ASN is an exceptional unifying element which supersedes all of those differences and provides us with the unique opportunity locally to participate in specialized alumni programming that appeals to our intellectual, spiritual, service-oriented, and even adventurous interests. I would strongly encourage individuals to stay informed through the various published communications (newsletter, email, social media, etc.) and the key resource of ASN's international website which features a calendar of local events. More importantly, ASN alumni should resolve to make time in their busy schedule and get involved through the first-hand experience of attending events. Each club functions in a geographic base but welcomes the participation of ASN alumni regardless of which Jesuit college or university they attended and were inducted.  For individuals in the Chicago area, just reach out by sending us your name and contact information to chicagoasnalumni@gmail.com so we can add you to our "active" list.

As President of the Chicago ASN alumni club, what kind of programming are you looking forward to bringing to the Chicago area (or HAVE you offered)?

Our approach each year is to offer a variety of programs. In early March, we hosted a pre-game social and attended Loyola University of Chicago men's basketball seaso

n-ending home game where we cheered them on to win the Missouri Valley Conference title while also presenting Sister Jean (one of our 2017 ASN honorary inductees) with a special ASN-themed flower bouquet during our courtside visit with her (see photo). Later this month we will be serving Sunday brunch that's open to the public at Misericordia Heart of Mercy, a residential home for individuals with developmental disabilities. In the past, we have hosted a speaker event with a Jesuit retreat leader who guided us through an abbreviated version of the Ignatian Examen.  Right now, we're putting together plans for another service event to coincide with National Jesuit Alumni Service Day in April, a collaboration event with Loyola's ASN student chapter, and we also look forward to our involvement in the ASN induction ceremony in October. In addition, there's a series of other event ideas currently in the research stage.