Cheese Curds and Kinship, a reflection from the 2015 Triennial Conference 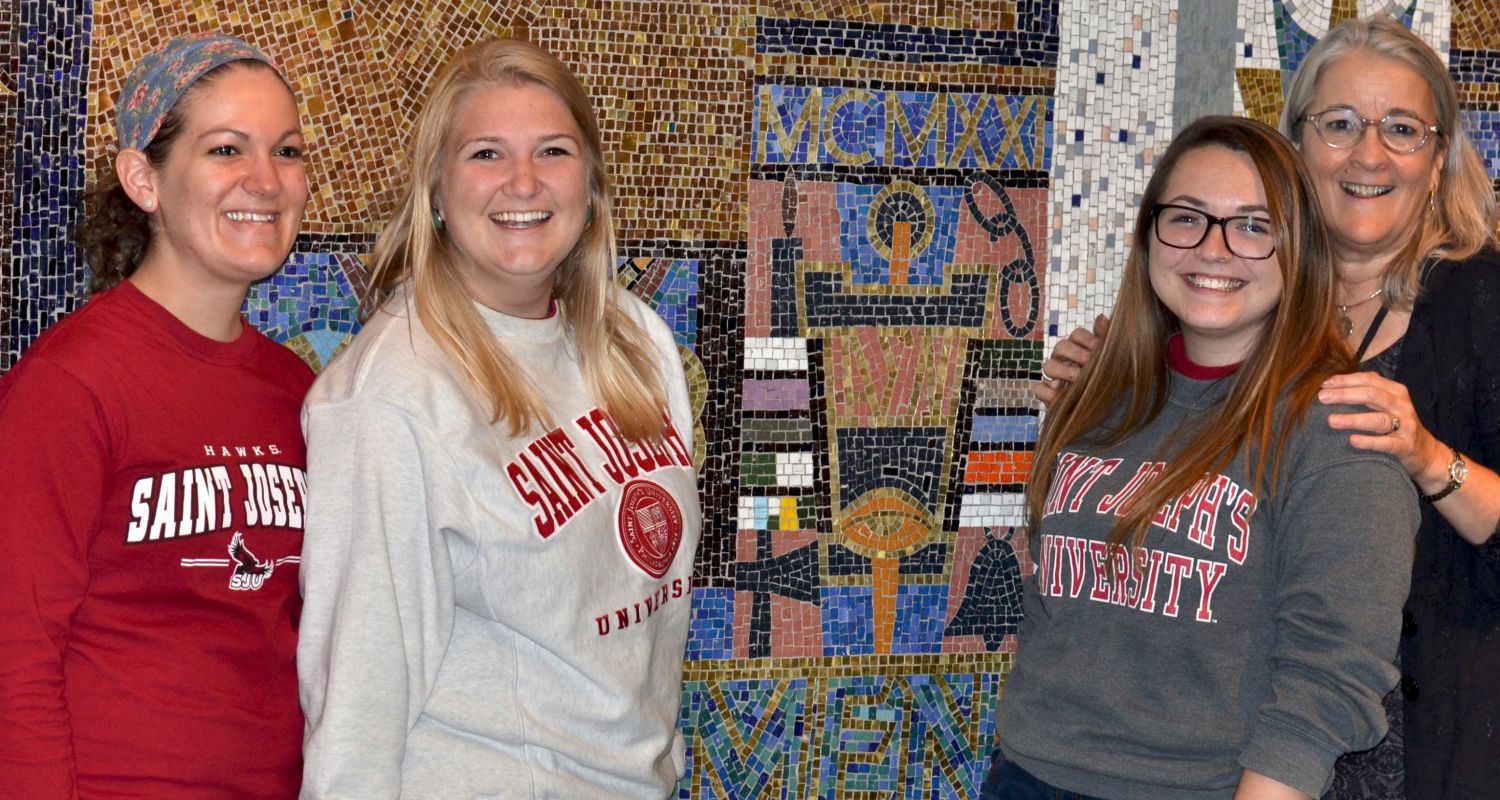 As Chapter President, I had the honor of representing Saint Joseph’s University at the Alpha Sigma Nu Centennial Conference, along with my fellow officers Sarah Ferguson (Saint Joseph’s ’15) and Stephanie Rescigno (Saint Joseph’s ’15).  We came to more fully understand the impact of Jesuit values in higher education, to collaborate with student leaders and faculty, to learn how to bring the Jesuit values back to our Chapter, and to celebrate 100 years of ASN!

My Jesuit education has taught me that when talking about other people, there is no “other”—there are just people. And the people I met at the conference this weekend were incredible:  Student leaders exemplifying scholarship, loyalty, and service.  Jesuits working in refugee camps providing degree programs to those for whom higher education is a dream.  High school freshmen at Cristo Rey Milwaukee discussing books that have inspired them. Jesuits running gang rehabilitation programs. Students who started a center for undocumented students at their school.  Faculty members living and breathing the Jesuit mission.  Executive directors whose passion for their organizations resounds in every syllable.  These people weren’t gathered in this room because they plan on changing the world; they were there because they are already doing it.

ASN has introduced me to a community of the “best and brightest”— individuals who excel as people as much as they do in the classroom and in how they impact the world around them. As Tim Shriver said, “In college, so much focus is placed on your academics, and you have a lot of time in your head. But this message no longer fits in your head. It is now in your heart and in your hands.”  No textbook can tell the story of Iphra, who has had death threats made against her in a refugee camp for educating others about female genital mutilation.  No article can explain the desperation of a mother who approached a Jesuit volunteer and said, “There is no food left in my cupboards. What can you do for me?” No periodical can communicate the gratitude of first-generation, immigrant college students who struggle to navigate college for the first time, who must grow up so much faster than their peers—students I met this weekend who I now call friends.

These are just a few of the stories that we Chapter leaders have now taken into our own hands. This is what membership in Alpha Sigma Nu is about.  It is up to us, as members, to promote the ASN values in our lives and to use our own hands to do so.  I am proud to be a leader in an organization that fosters these values and brings together people who are passionate about Jesuit education. Because of this conference, we have returned to Philly with a renewed sense of purpose for carrying out the Jesuit ideals on our own campus, strengthening our Chapter and ourselves.

It was truly amazing to see that so many values fostered on our campus are equally alive and well at schools across the country and the world…and, of course, amazing to taste those notoriously delicious Wisconsin cheese curds!